"We are proud of our multi-generational participation within the club, with active members ranging from their 20s to their 80s." 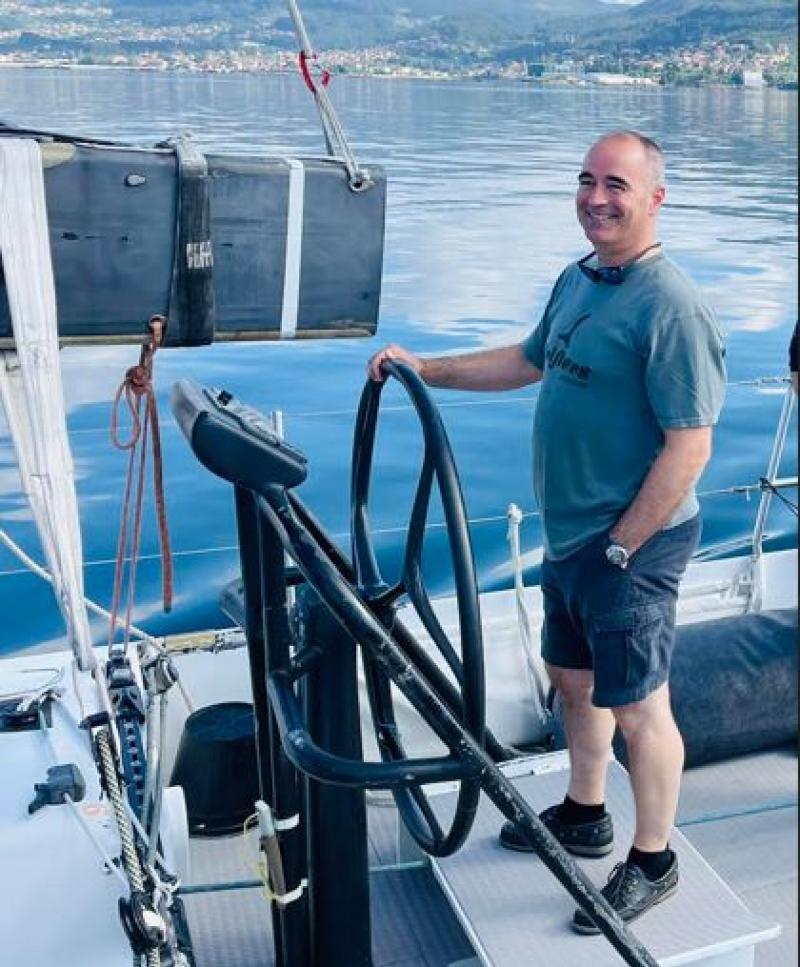 Jim McGowan from Ballybofey on the helm of Green Dragon

There was huge local interest in the 700-mile Round Ireland Race that took place last week.

Some 47 boats took part in this, the second-longest of the RORC races and Ireland’s premier offshore race. The race had a hiatus with Covid and all involved were very excited to be back in Wicklow and competing in the challenging race.

The Donegal participants included in the challenge all fared well.

Thérèse Kielty started sailing in the last couple of years and what an achievement for her to complete the race (being so new to sailing) very successfully on Blue Oyster in the Cruising Class.

Richie Fearon was part of the crew of Samatom, along with other professional sailors where they came second in the overall IRC. Richie grew up sailing in Lough Swilly Yacht Club and his sailing went from strength to strength, having achieved many accolades and professional qualifications over the years.

Connall Morrison, from another sailing family, spent his youth in Lough Swilly Yacht Club and also took part in the race. He has achieved many accolades in sailing also, and now works professionally as a sailor.

Nick Doherty, is a keen sail racer who now lives in Dublin where he races weekly. He spent a lot of time on boats in Lough Swilly growing up and is a regular visitor as his family live locally. Nick took part in the Round Ireland Race on Telephonica Black, a Volvo 70.

Jim, a Ballybofey native, learned to sail in Lough Swilly Yacht Club. He now has his own boat and is an active member of the club.

Sammy Burke learned to sail on dinghies as a child in Moville, and has since always raced in Lough Swilly Yacht Club on his boat, Derryair. Sammy was Watch Lead and Helmsman while Jim was also Helmsman on Green Dragon, which crossed the line in second place, behind the completely professional crew in Kuka3.

By virtue of its location in Fahan, Lough Swilly Yacht Club attracts members young and old from Donegal, Derry, and the whole of the North West.

Commodore Eoghan Ó Gráda, said the club is now thriving after a few years of reduced activity with the pandemic.

"There is a history in the club of members competing at a national and international level, and we are very proud of members who take on big challenges like Round Ireland.

"It just shows how impactful membership of a club like ours can be. We are proud of our multi-generational participation within the club, with active members ranging from their 20s to their 80s.

"The past year has seen a huge increase in female participation in the club, and we have a Women on the Water event this Sunday, aimed at further encouraging more women to be active in sailing."