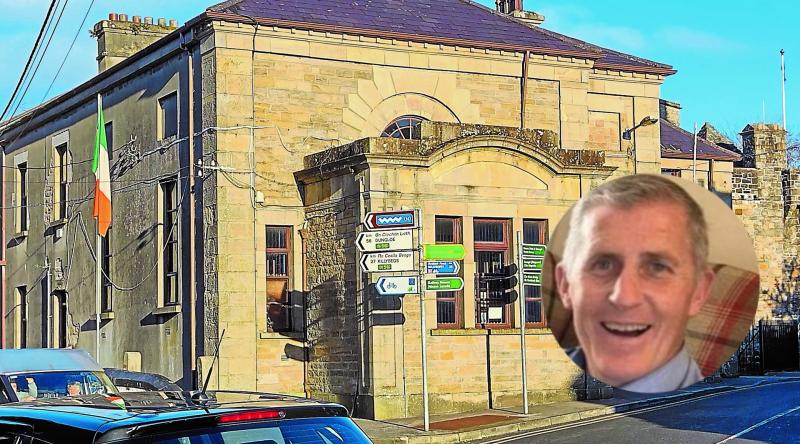 The late Garda Charlie Gallagher was remembered by court personnel as a fair and helpful garda whose gentle approach often prevented people getting into trouble.

Solicitor James Canny led the tributes on behalf of the legal profession, speaking as a fellow court user but also as a friend.

“Garda Charlie Gallagher has sadly passed away at a young age, leaving Anna, his wife; Evan and Conor, his boys; and Faye, his daughter; his parents, his extended family, colleagues in An Garda Síochana, and indeed the wider community in Donegal, saddened,” said Mr Canny.

“His illness, only recently diagnosed, shocked us but his bravery in dealing with it was admirable and a lesson to us all.

“Professionally Garda Gallagher was the type of Garda who epitomised the best that the force has to offer society; a garda who had the community at the forefront of his mind at all times.

“His was the gentle, brotherly approach; the arm across the shoulder was always the first that he took. He looked out for the younger people and indeed would have known most of them personally from his own involvement with the Four Masters and with other local sporting organisations.

“I can safely say that the community has lost someone who would always have looked out for their safety.”

Mr Canny spoke about the late garda’s calm approach when dealing with difficult issues such as domestic violence.

The solicitor added: “He, like many members of the force, had to deal with tragedies both on the road and when called out to homes, and again his firm, calm and professional presence helped families in their worst hours.

“I believe that we have lost someone who I found to have been honest, fair and hard working, with a particular regard for the underdog.

“This town was well served by Charlie Gallagher and the community has lost a friend, a mentor and a true professional.

Inspector David Durkin thanked Mr Canny and said: “It has been a difficult week for guards in Donegal, particularly the Ballyshannon District and Donegal Town Station where they felt Charlie’s loss the most.

“When Charlie was in court here he would always have been fair in the way he gave his evidence; he never overstated anything. He was always willing to offer any assistance he could to the defendant.

“On the Diamond on nights he would have prevented a  lot of people from coming to court, from his connection with the Four Masters and his approach in general.

“He was always willing to give someone a chance. A kind word in the ear, a little bit of friendly advice to go home, stood them in good stead.”

Judge Sandra Murphy also offered her sympathy to Garda Gallagher’s bereaved family and to his colleagues in An Garda Síochana.

She recalled him as a tall and calming presence in the courtroom.

“It is a huge loss to everybody.”