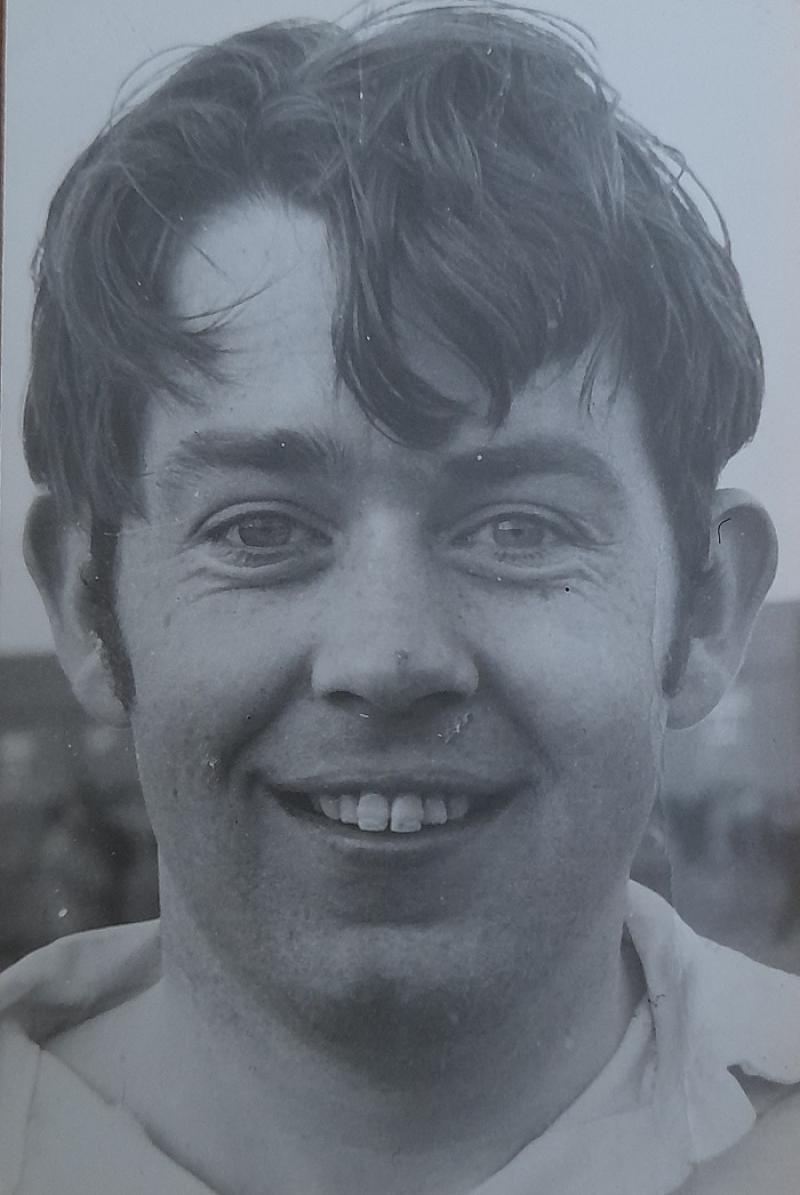 There has been widespread sadness and sorrow following the peaceful passing at his home of Ray Sheerin (77), late of Drowes Court, Tullaghan, surrounded by his loving family, whose funeral takes place today.

The deceased who was a native of Knockvicar, Boyle, Co. Roscommon, was one of the special group of GAA players who played a prominent role within the St Joseph's GAA club of Ballyshannon and Bundoran, in the period when they won four Donegal senior football championships in-a-row between 1973-76.

Ray was also a player on that same team which clinched the Ulster GAA senior club football championship of 1975 against Castleblayney Faughs of Monaghan and was also on the Donegal senior GAA panel, which clinched Donegal’s historic first Ulster senior championship three years earlier.
Universally described as one of the nicest people that you were ever to meet or engage with, his tough teak skills on the pitch were only matched by a warm and engaging personality, which endeared him to anyone who had the pleasure of knowing him.
The deceased had already made his mark on the under 21 Roscommon panel after its All-Ireland winning championship victory of 1966 against Kildare, having defeated Donegal in that year’s semi-final. 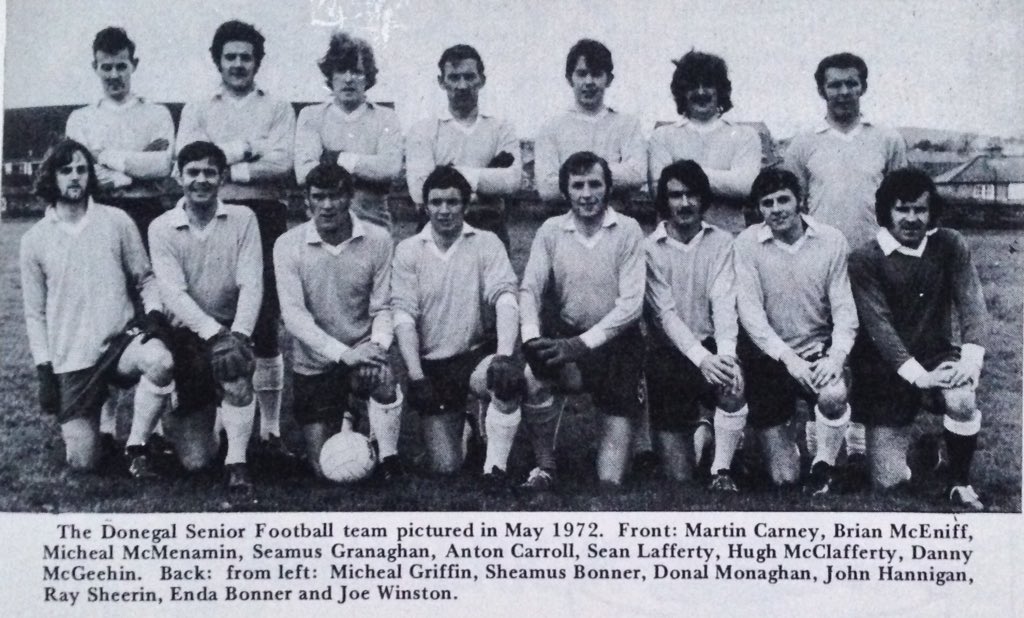 The late Ray Sheerin on a Donegal team from 1972

Ray won his first Donegal senior football championship in 1970 when St. Joseph’s defeated Rosses Rovers, having moved to Ballyshannon where he worked in Stephen’s shop and lived out the Donegal Road.
He later took up a position with Magees of Donegal town before going back to set up his own successful retail business in Boyle with his brother, Aidan.
Ray was also an accomplished golfer and a long standing member of Bundoran Golf Club, where after his football career end, he managed to get down to his golf handicap down to single figures.

It was also the location some years ago, where after a medical emergency, quick intervention saved his life.

Ray was also in the backroom team of the Aodh Ruadh minor championship teams which won four-in-a-row between 1979-82.
As a Donegal player, he represented the county with distinction in the Ulster senior championship campaigns of 1970 and 1971, before returning as a sub in the 1976 Ulster campaign.
Footballing compatriot and good friend Brian McEniff also recalled in his 'Democrat' column this week of how Ray was drafted into the 1972 Donegal county panel, which won its very first senior provincial title that year. 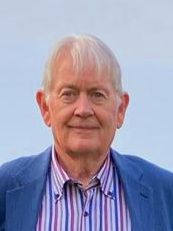 “He was a full-back or corner-back and had a great strike of a ball . . . Ray was one of nature’s gentlemen.”
Beloved husband of the late Vera (née McShea from Ballyshannon), his passing has been deeply regretted and will be sadly missed by his loving daughters Sinead and Nicola, his adored granddaughter Caoimhe, his brothers Aidan and wife Anna (Knockvicar, Boyle), Declan (Dublin), his brothers-in-law, sisters-in-law, nieces, nephews and all his relatives, neighbours and great friends.

Ray’s Funeral Mass can be viewed live on www.magheneparish.ie
Removal takes place from his residence this morning, Thursday, August 18, at 10.30am to arrive at the Church of Our Lady Star of the Sea, Bundoran for Mass of the Resurrection at 11am.
Burial afterwards will take place in St. Joseph's Cemetery, The Rock, Ballyshannon.

May his gentle soul rest in peace.