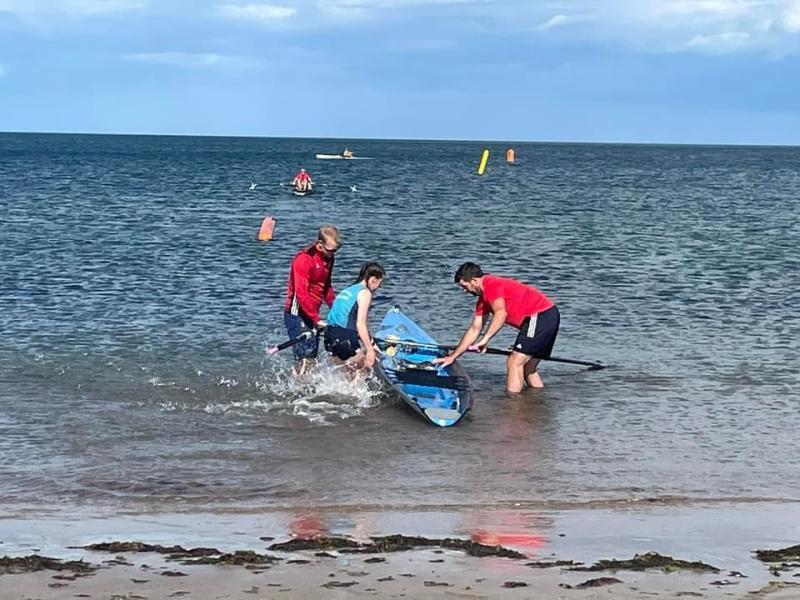 Méabh McNamara, 17, secured qualification for the event after winning her U18 solo race in Duneen, Cork in May.

The Home International Rowing Beach Sprints regatta takes place in St Andrews, Scotland on Saturday. It is the first time the event is being held, with beach sprints being a relatively new but fast growing coastal rowing discipline.

According to Rowing Ireland: ”The Beach Sprint format starts with a sprint on the beach of between 10m and 50m. After entering the boat, the boat slaloms around two buoys then turns around a third buoy at 250m and rows straight back to the beach before the rower exits the boat and runs to the finish line."

Méabh describes the sport as exciting, with lots of adrenaline.

The inspirational young woman from Barnesmore is very much looking forward to racing in the Irish colours. Saturday's event is the culmination of a lot of hard work and focus.

She previously told Donegal Live: "It has been my dream to have an Irish flag wrapped around me and to say I am competing for Ireland."

Méabh has also qualified to represent Ireland in the U18 singles in the European Championships in San Sebastian, Spain later this year.

And she will also take part in the World Championship Beach Sprints in Wales with her Donegal Bay Rowing Club doubles partner Grace Masterson.