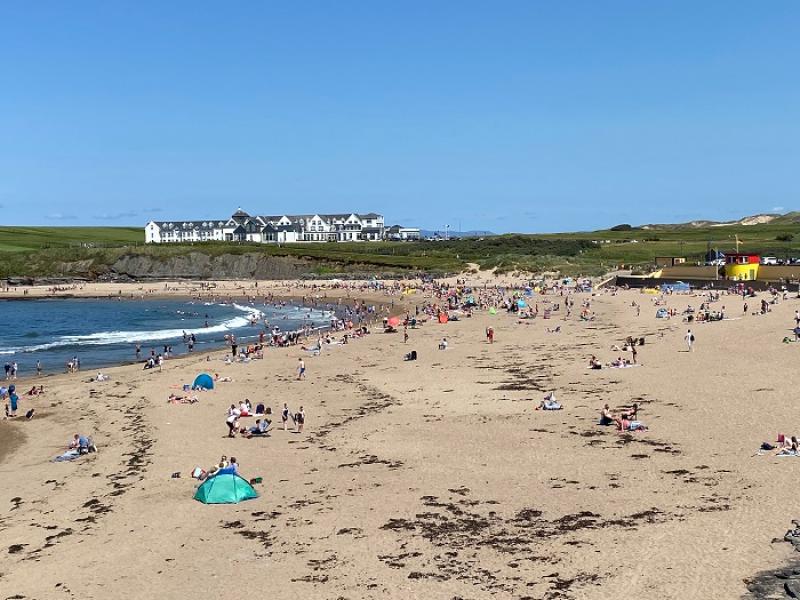 Bundoran is one of 12 Blue Flag beaches in Donegal

Dogs could be banned from going on Blue Flag beaches in Donegal next year.

Donegal County Council has this week published notice of its intention to bring forward new proposals to change the bye laws that apply to beaches.

If approved, it could mean that dogs will not be permitted on Blue Flag beaches between 12 pm and 7.00 pm during the period between June 1 and September 15 each year.

There will be exceptions for garda dogs or dogs which are required for assistance for people with disabilities or illness.

Outside of these times, people in charge of a dog on a Blue Flag beach will be required to keep it under control or on a leash of less than two metres.

The planned moves are as a result of criteria put forward by An Taisce which maintains that dogs must be kept off Blue Flag beaches if they want to retain their environmental status in the years ahead.

The issue was raised last year, but no changes have come into effect as bye laws need changing.

The local authority has published a notice regarding its intention to amend its existing bye laws that apply to the 14 Blue Flag beaches in the county.

A number of other changes could also be on the cards.

On a perfect evening for football with no wind, Killian Faulkner was on fire for the home side up front while Ryan Haughey made a massive double save near the end to decide the issue

A draft of the proposed bye laws are now available for public inspection at council offices in Lifford, Carndonagh, Milford, Dungloe, Letterkenny and Donegal Town.

Submissions can be made in writing and sent to the council with a deadline of October 4.

If the amended bye laws are passed by councillors later in the year, they will come into effect in 2023.