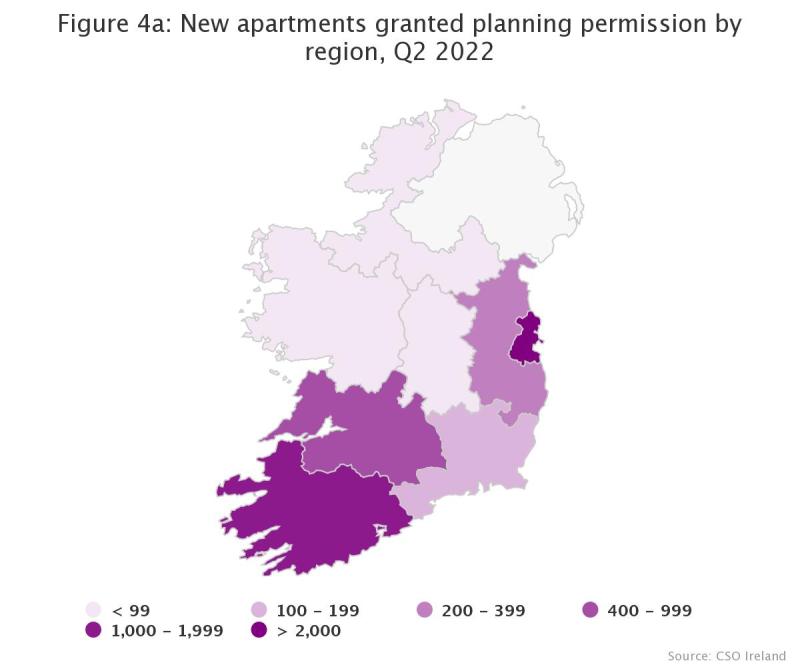 The Border Region (Donegal, Sligo, Leitrim, Monaghan, and Cavan) recorded the lowest number of apartments granted planning permission at 26 in quarter 2 of 2022, the Central Statistics Office (CSO) has revealed.

In the second quarter of 2022, Dublin accounted for the majority of apartment planning permission approvals with 69.5% of the total.

There were 6,842 new apartments granted planning permission in Q2 2022.

Dublin had the highest proportion of new apartments approved with 69.5% of all apartments granted planning permission in the state, followed by the South-West region with 16.0% of apartment approvals, and the Mid-West with 6.5%.

The counties of Offaly, Roscommon, and Longford did not grant any planning permissions for apartments during the current quarter.

Commenting on the release, Shane O'Sullivan, Statistician in the Business Statistics Division, said:

The Gala Banquet, which will take place on Friday, October 7, is being organised by members of the team with proceeds in support of the Donegal GAA Academy and two charities - Solace Cancer Centre and Parkinson's North West Branch.