Watch: Jason McGee and Cloughaneely can be 'seen' again 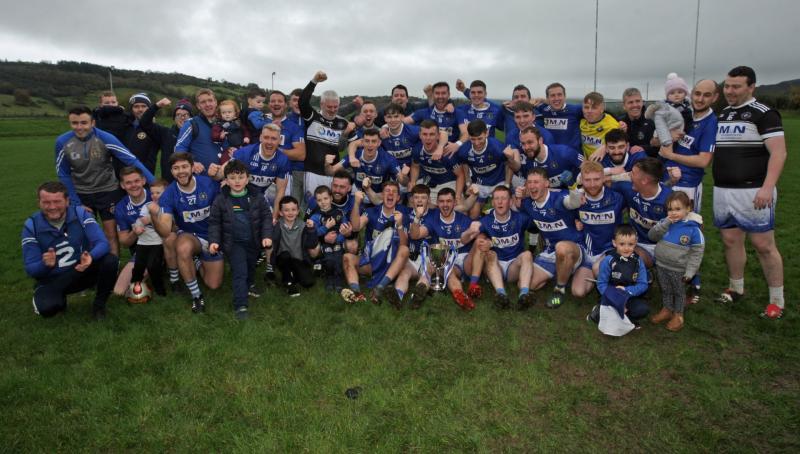 After Saturday’s replay win, with McGee the man of the match, Cloughaneely could look their people in the eye again.

“We aimed to forget about everything else, get out do the job and be hungry for every ball,” McGee said.

“There was a lot of hurt during the week. We looked at our analysis and how we performed. We nearly didn't want to be seen in the town all week and we were here to put it right.

“It’s brilliant for the parish and it’s been a long time coming.”

Cloughaneely were beaten by St Naul’s and Aodh Ruadh in the last two finals.

For long spells of the first game in the 2021 final, it looked as if Dungloe had their number. After earning a second bite, Cloughaneely didn’t look back.

McGee said: “I can’t even put it into words what it means. It was a long time coming.

“We felt hard done by in the last few years, but we didn’t perform in finals - and it was three finals if you count last week. All week the focus was putting that right and getting the cup home.”

Blake McGarvey’s goal in the 46th minute extinguished any of Dungloe’s remaining hope.

McGee said: “The boys are phenomenal.  The intensity was something that we were missing.

“Our club hasn’t had it easy and for this to come back is a massive lift.”