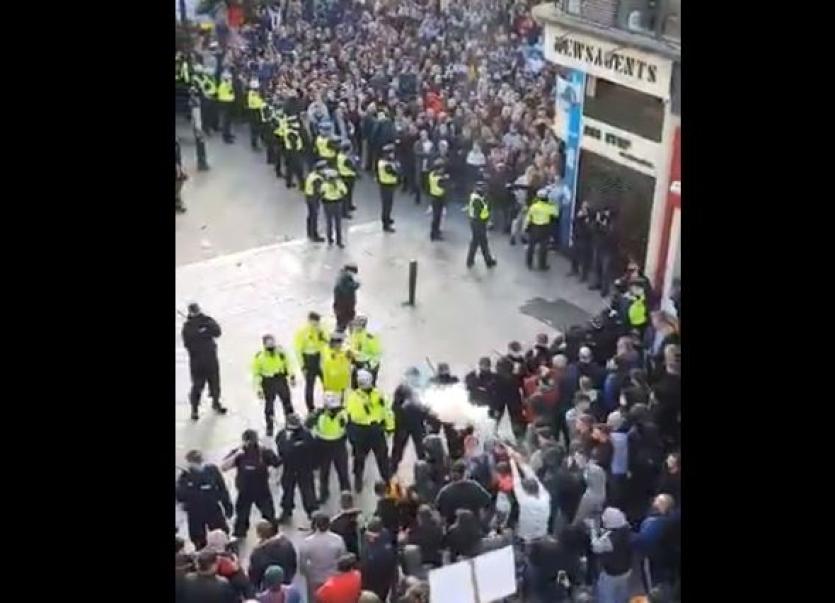 A number of people have been arrested following an anti-lockdown protest in Dublin.

Protesters clashed with gardaí as they marched through the city centre and attempted to make their way to St Stephen's Green, but it was closed off.

The protest started at around 2pm and there was a strong garda presence.

A number of incidents have been reported and several politicians, including Taoiseach Micheal Martin, Tánaiste Leo Varadkar and Justice Minister Helen McEntee have condemned what happened.

McEntee tweeted: "I have spoken to the Garda Commissioner this evening about the disturbance in Dublin, which is being brought under control I know there have been a number of arrests already and a special court sitting is being arranged to make sure these law-breakers are prosecuted speedily."

Garda Commissioner Drew Harris will brief the media this evening at 6.15pm in relation to the public order incidents in Dublin City Centre this afternoon.