'It's about making it a dignified space,' Betty Holmes said of the graveyard at St. Conal's. 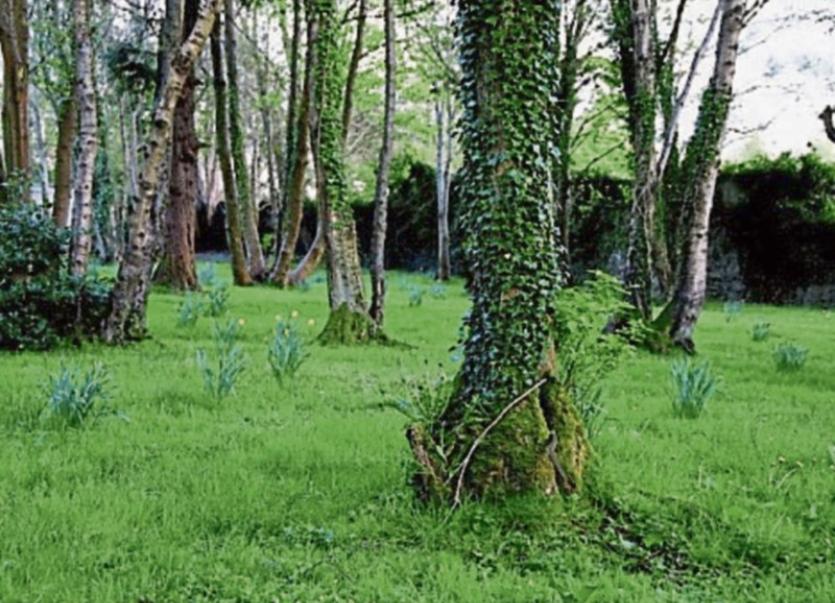 A view of the graveyard at the back of St. Conal's Hospital in Letterkenny.

A well-known health services advocate is spearheading a campaign to ensure that a graveyard in Letterkenny is always remembered.

Betty Holmes of Donegal Action for Cancer Care was walking in Letterkenny Town Park in April when she entered a field to the rear of St. Conal's Hospital.

She was stunned and moved by what she found.

After walking through a narrow pathway edged in hedges, she came across a seemingly forgotten field marked by a large stone with the words: “In commemoration of those who were buried in this cemetery 1866-1900. May they rest in peace.”

“I have to say it upset me no end,” Betty said. She said, “I never knew about it. I felt that those people had been forgotten about and deserved more.”

When she got home, she contacted the Health Service Executive to start discussing what could be done to clean up the graveyard.

She arranged a meeting with the HSE, Letterkenny Men's Sheds and Letterkenny Tidy Towns. Betty said all three were more than helpful and willing to get involved.

“The project is to make St. Conal's graveyard a fitting place for the people and patients of St. Conal's who are buried there from that period, and that they be remembered,” Betty said.

In the months since, the group has met several more times, and the work has become something of a community project.

In October, through Tidy Towns about 30 volunteers from Pramerica in Letterkenny engaged in a clean-up of the site, and planted about 1,000 daffodils there.

There will be bluebells and snowdrops planted in the spring, Betty said.

When the graveyard was first used, trees were planted in place of headstones. Those trees will be treated. The Men's Shed is also working on a memorial plaque for the entrance to the graveyard.

With the assistance of Niamh Brennan, Donegal archivist, Betty learned that about 1,140 St. Conal's patients were buried in the graveyard.

“People don't know it's a graveyard, but it's such a special place,” she said. “When you step into the area, it is so tranquil, there is something so special about it

“It's like the rest of the world doesn't exist. It's about making it a dignified space and highlighting it as a graveyard,” Betty said.

The next meeting will be in January and the public is welcome, Betty said.