Church leader played an important role in the peace process 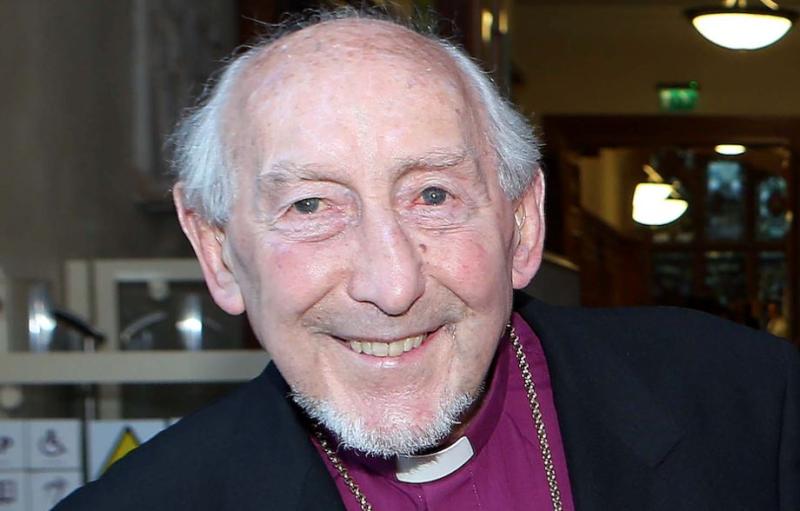 The funeral of the former Church of Ireland Bishop of Derry and Raphoe, Rt Revd Dr James Mehaffey, will take place at St Columb’s Cathedral in Derry this Saturday afternoon.

The Service of Thanksgiving for Dr Mehaffey’s life will begin at 2.00 pm.

Dr Mehaffey will be cremated in Belfast on Monday, January 13 at 1.30pm.

He died peacefully on Monday evening surrounded by his family.

Aged 88, he was one of the best known Church leaders of recent times.

He was a trenchant opponent of the use of violence for political ends, a tireless advocate for reconciliation in Northern Ireland and a staunch supporter of the peace process.

Dr Mehaffey led the Diocese of Derry and Raphoe for over 20 years, from his consecration in September 1980 until his retirement in January 2002. Last May, a Service of Thanksgiving was held in St Columb’s Cathedral in Derry to mark the 65th anniversary of the Bishop’s ordination.

Publicly, Dr Mehaffey – who was born near Portadown in County Armagh – is probably best known for the extraordinarily close friendship he developed with one of his Roman Catholic counterparts, the Bishop of Derry, Most Rev Dr Edward Daly.

The two men’s joint ministry during some of the worst years of the Troubles – when they released joint statements, took part in foreign trips together and jointly led Carol Services – was an inspiration to many in the North West and beyond.

The two bishops were founder members of the Inner City Trust, an organisation which was responsible for rebuilding much of Derry’s bomb-damaged city centre, and they served together for many years on the Trust’s board.

A Book of Condolence was opened at the Guildhall in Derry in memory of the former Bishop of Derry and Raphoe.

The Church of Ireland Diocese of Derry and Raphoe covers all of County Derry and parts of Co Tyrone, Antrim and Donegal. It is divided up into 48 parishes with 98 churches and serves 15,000 people. It has more than 50 serving ordained clergy.