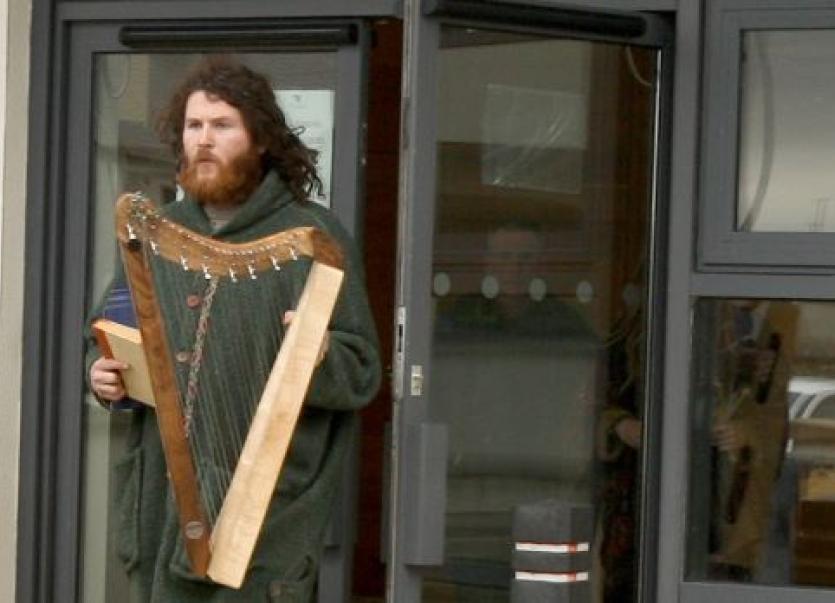 A 39-year-old man who defended himself at Ballyshannon District Court where he was charged with assaulting a traffic warden in Bundoran last August asked the warden he allegedly assaulted if he could shake his hand during the hearing on Friday last.

A garda Inspector prosecuting the case interjected that this request was unfair to the warden, who was in the witness box giving evidence at the time.

The tall bearded defendant, Liam McCloskey, Ardfarna, Bundoran, stood in the middle of the court holding a black book during the hearing where he stated:  “I am here to speak the truth."

The defendant was due to be represented by counsel Johnnie McCoy, who was in court, but despite his presence in court, Mr McCloskey opted to represent himself.

Detective Sergeant Mattie Murphy told the court he got a call about an alleged assault at Drumacrin, Bundoran where traffic warden Eddie Duffy had been shouldered and verbally abused by a “big lad with a longish beard".

The Sergeant subsequently spoke to the defendant in Fermoy, County Cork on December 7.

“He roared, get away from me Murphy.”

The detective said Eddie Duffy had later identified the defendant on March 5 last year. When the defendant was asked if he wanted to cross-examine the detective, he said: “Do you know what Matthew said in the Bible about swearing an oath and your name is Matthew.”

It was pointed out to the defendant that the question was not relevant. The defendant said that as the Detective Sergeant was not at the alleged incident he could not describe what happened. The defendant added: "When I see you, you are hiding from me."

Traffic warden Eddie Duffy said he was at the Station Road Car Park in Bundoran at 3pm and was heading towards the beach when he noticed Mr McCloskey sitting on the grass with his shoes off and playing the harp.

A woman who was about 15 feet away from him with children beckoned him over to ask him about parking in that area. The defendant got to his feet and “got very close to my face and said don’t be taking any money from that woman.”

The defendant told the traffic warden he was “only a fecking cleg” who should “f…k off out of here.” The warden said the defendant took a step and “dunted” him knocking him back for four or five feet. The woman and children got upset and went off towards the beach, the court heard.

The warden said he then rang the gardaí and made a statement.

In cross-examination the defendant told the warden:  “I have nothing against you, I mean you no harm.”

The defendant said it was the feast of Lughnasa when the warden approached, and the defendant had been playing the harp for the family and a girl danced. “They were from the North and we were sharing the music. When you came, that go up my nose. We were there for a cultural gathering," he said.

The defendant then asked the warden: “Who do you think owns the sea and who owns the green sandy field by the sea?"

Judge Denis McLoughlin told the defendant that court time was precious, and the question must be relevant.

The defendant told the warden he was “sorry for hitting you and I told you that.” He added that “we used to run free on those fields near the sea and no man or council owned the sea. I wish you peace, but I want justice.”

The defendant then asked the warden, who was in the witness box, if he would shake hands with him. Inspector Seamus McGonigle said this “was unfair on the warden". The defendant said “the truth can’t be boxed in".

Judge McLoughlin asked the defendant had he any submissions to make, to which the replied: “You have heard my truth.” The judge said he was satisfied that the defendant was guilty of assault.

When the defendant heard his previous convictions for road traffic offence and one for burglary read out, he said: “A man is more than his past.”

He added that “we are going away from our culture and my conscience is clear.”

Judge McLoughlin fined the defendant €200 for assault and took the matter of using threatening and abusive behaviour into account.

A number of gardaí went towards the woman who subsequently left the court.

Judge McLoughlin ordered gardaí to keep the phone, saying the person may have committed a criminal offence.

At a later stage in the hearing the defendant, Mr McCloskey said the woman it was reported was taking the photographs was in fact his mother.