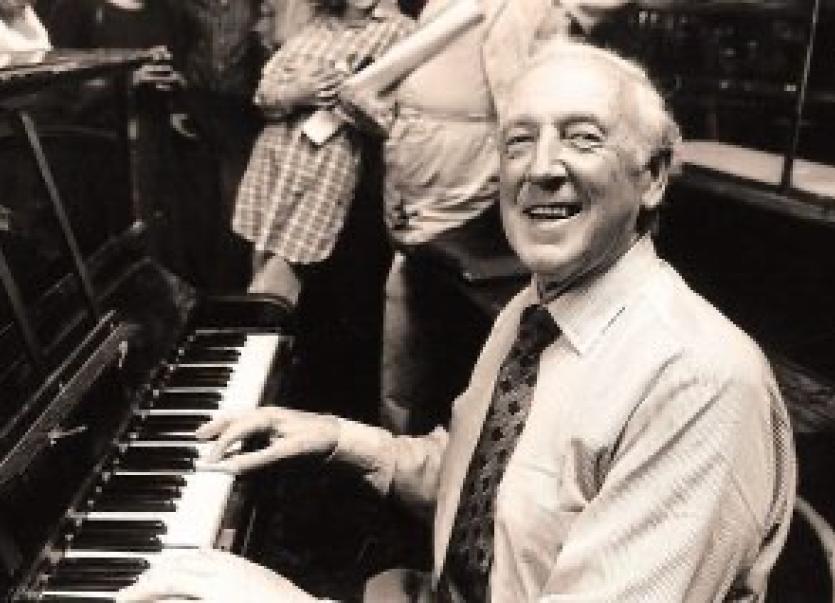 A truly gifted music composer and song writer Jimmy Kennedy, whose mother was a Baskin from Ardara, will feature in a Song Book Tribute Show on TV tonight, 8th March on BBC Two Northern Ireland at 10pm.
Jimmy Kennedy was a world famous music composer and one of the most successful songwriters of all time who had strong Donegal connections.
He had more hits in the USA than anyone until Lennon and McCartney, by his own reckoning, he wrote 2,000 songs.
Of these, 200 became world hits, while 50 became what are known as "evergreens", i.e. all-time popular classics.His hits included 'The Teddy Bears Picnic',‘South of the Border‘, ‘Red Sail in the Sunset‘, ‘Isle of Capri‘, ‘The Prayer‘ and ‘The Hokey Pokey’.
Jimmy Kennedy’s mother Anna Baskin was an Ardara Town lady. Born and bred there, she married the local constable Joseph Kennedy in the church of Ireland in 1901. Subsequently, her husband was transferred to Omagh, where Jimmy Kennedy was born in 1902.
The Jimmy Kennedy Songbook is a celebration of his greatest hits, made for BBC Northern Ireland by Clean Slate Productions, with assistance from the Northern Ireland Screen Ulster-Scots Broadcast Fund.
Recorded at The Belfast Empire, host and singer songwriter Duke Special is joined by Eddi Reader, Gareth Dunlop, MayKay, Tabitha Agnew and James Yorkston for an evening breathing new life into Jimmy Kennedy classics. The hour-long programme also contains some archive short films exploring the career of Jimmy Kennedy and some of the stories behind the songs with contributions from his son, Jim Kennedy, and writer and broadcaster Paul Gambaccini.
The same songwriter went on to write classics such as ‘Red Sails in the Sunset’ ‘Harbour Lights’, ‘South of the Border’, ‘My Prayer’ and ‘Istanbul, not Constantinople’ which were sung by some of the twentieth century’s most iconic singers and entertainers; Vera Lynn, Bing Crosby, Frank Sinatra, Dina Washington, Perry Como, Dean Martin, Patsy Cline, Rosemary Clooney, Fats Domino, Nat King Cole, Elvis Presley and the Beatles, among many others.
Jimmy Kennedy died on the ‎6th April 1984 (aged 81).
So tune in tonight at 10pm to  BBC 2 Northern Ireland.