Blues in Bundoran: Everything comes out in blues music: joy, pain, struggle and even some Covid-19 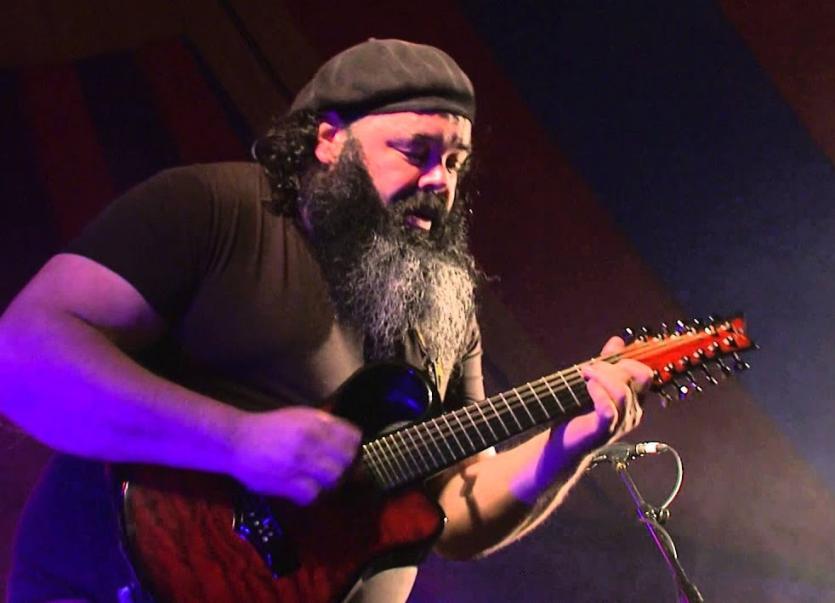 When your gigs are cancelled, what’s a modern day master of the blues to do?

If you’re Johnny Gallagher you set up a webcam and stream an impromptu show from your sitting room of course!

And, if having a wee glass of Jameson Caskmates whiskey, an “electric fag”, what looked like a brand new Emerald X10 guitar all the way from St Johnston and of course the wit and repartee he is renowned for is thrown in for good measure, then you have all the ingredients for a Sunday night on Facebook with a difference.

In truth, Johnny’s hour-long jam from his Bundoran home fell between two stools, lacking the immediacy of a pure solo gig but sounding honest and from the heart - once the wi-fi and “technical and audio disturbances” were sorted out.

After this bumpy start, a little later than he planned, Johnny settled into a groove and with his supremely laid-back style belted out tunes from the likes of JJ Clae, Kris Kristofferson, Pecker Dunne, Fleetwood Mac as well as a couple of originals. He was great value, even when he talked, it was pure entertainment. 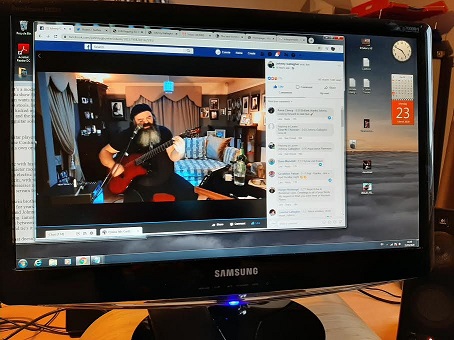 His ‘concert’ was enjoyed all over Europe and beyond - from Stranorlar to Strabane, New York, Italy, France, Belgium, Holland, Germany to Torento, Belfast, Venice, Tralee, New Jersey, Leitrim, Galway, Tipperary,Dublin, Corsica, Belfast, Drogheda and Wisconsin to name but a few of the locations he was receiving messages from.

Widely acknowledged as one of the finest guitar players touring the European circuit, Johnny has been a regular at festivals, clubs and venues all over Europe. His show with the Boxtie Band is a powerful over-driven rock’n roll show, featuring his own original material with stunning personal versions of selected classics.

His charisma creates excitement on stage with his much sought after larger than life presence. He can change from full-on aggressive rock to quieter moments of more tender introspective-music, and through his set he shows his wizardry on both electric and acoustic guitars.

As he demonstrated to the many who tuned in on the night, his guitar playing covers a unique range of rock styles and country pickin, with which he can naturally and masterfully turn himself into a true blues man.

To top it all, Johnny possesses a truly unique and expressive voice which showcases his songs with the dynamics to swoop from a scream to a whisper.

Noted American blues singer, songwriter and guitarist, Big Bill Broonzy once said: “Blues is a natural fact, is something that a fellow lives. If you don’t live it you don’t have it. Young people have forgotten to cry the blues. Now they talk and get lawyers and things”.

Thankfully Johnny Gallagher injects real life blues into everything he plays and just to see him in action for an hour on his home turf was simply a pleasure to behold.

Referring to the current horrible coronavirus or Covid-19 crisis Johnny said these were “strange times” but added “we’re going to get through it”.

Well if there’s one man you would like to believe it’s Johnny. He took this situation by the tail and dragged it across the flood kicking and screaming .

On Sunday night his fans and friends turned out in their dozens to wish him well. He promised to repeat the gig next Sunday night, March 29 so if you want to have the blues but in an entertaining way, tune into Facebook for the gig. It will probably happen around 8pm. He said he hoped to have the full Boxtie band with him on the night.

With the new travel restrictions it's not clear where the gig with the full Boxtie band will go ahead. Keep watching Johnny's Facebook page for details