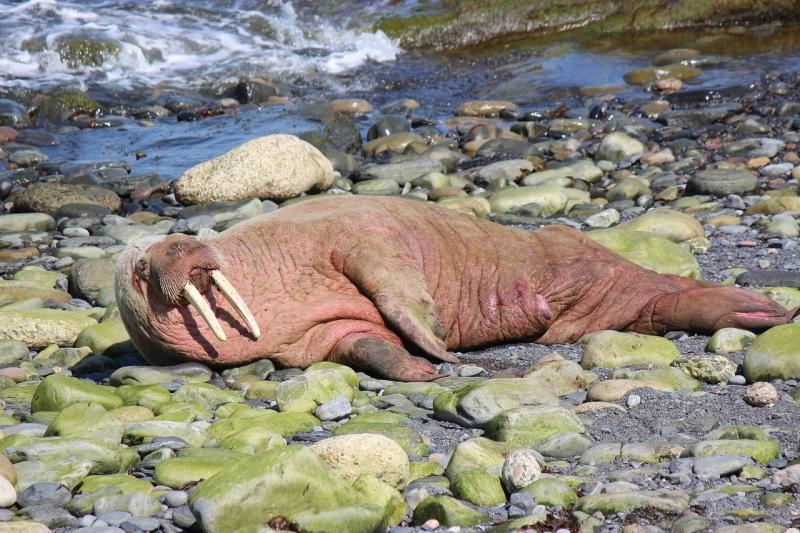 The walrus who drifted thousands of miles from home after falling asleep on an iceberg has been spotted back in Irish waters.

He was spotted back on March 14 in Kerry, having drifted all the way from Greenland to Valentia Island.

Since then, he was seen in Wales, Cornwall, the Scilly Isles and France, and there have been concerns for the well-being of this sensitive marine mammal.

His story has captured the imagination of animal-lovers and conservationists, and every effort has been made to support him on his unexpected journey.

He was spotted in Clonea, Waterford on August 2, and there are concerns that he may be very tired.

A spokesperson for the IWDG said: “Based on what little we know of the behaviour of this very large pinniped, we think it likely, if it has just made another long distance swim, that it will be tired and may look for a place to haulout to rest.

“Walrus spend a huge amount of the weekly activity budget resting. Images thus far suggest that he’s not overly concerned whether it is a quiet, secluded area or a busy port. He is very aware of his size advantage over just about everything and will rest wherever he choses and will not be easily moved.

Photos captured in Waterford confirm that it is the same walrus that was spotted off Valentia in March.

Anyone who spots the walrus is asked to be extremely mindful of their own well-being and that of the mammal.

If the walrus tries to make its way home, it could well pass close to Donegal and come into some of the county’s many harbours for a rest.

The IWDG spokesperson said: “This situation may present local wildlife enthusiasts with a great opportunity to observe a rare Arctic vagrant from a safe distance.

“As always we’d ask local mariners to give this walrus a wide berth and not to disturb it.  There is no way of knowing how long it will remain in the area, if at all, but it has now been tracked over a five month period and through at least four countries and whilst we’d all be happier if he wasn’t here and headed back towards its home within the Arctic circle, it is here now in high summer in waters that must be very warm for a marine mammal with such a thick blubber layer; so let’s not make life any more difficult or stressful for it during its stay.”

For anyone in the Waterford area, the IWDG is advising that latest sighting reports put the walrus in the water off Ballinacourty lighthouse. For photographers and wildlife enthusiasts with good optics, the lighthouse could be a good vantage point.

“Enjoy but from a safe distance,” the spokesperson said.

The IWDG has thanked Cormac Walsh who reported his encounter with the walrus off Waterford. Members of the public are asked to continue to help track its movement and monitor it by downloading the IWDG reporting app and using it to Report Sightings of this visitor.