Ellie McHugh is a thoughtful and independent 9-year-old girl 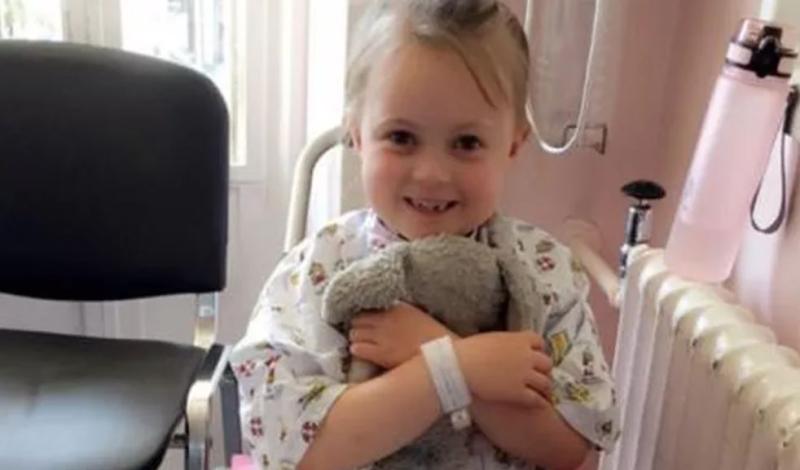 A nine-year old girl who has undergone three surgeries needs your help to make her dream of being able to walk come true. Shortly after Ellie McHugh was born it was discovered that she had a tumour on her spinal cord. The tumour was pressing on Ellie’s nerves affecting the lower half of her body, in turn leaving her in extreme pain. Every time Ellie attempted to stand or walk she would cry uncontrollably from this discomfort. Eventually Ellie stopped any attempts of getting up on her legs to walk or stand.
Ellie’s mother, Aisling, was extremely concerned about Ellie’s inability to stand and traveled from her Carrigart home to her GP and Letterkenny University Hospital on numerous occasions in a bid to ascertain what the problem was.

Donegal students highlight the importance of keeping our oceans clean

On January 8, 2014, Ellie and Aisling were taken by ambulance from Letterkenny University Hospital to Sligo General for an MRI, once the MRI was completed Ellie was rushed directly to Temple Street Children’s hospital. Upon arrival they received the news that Ellie had an Intramedullary, T8-T12 spinal pilocytic astrocytoma tumour. The shocking discovery meant that emergency surgery was required as soon as possible.
Surgery was scheduled for the following morning, after a long and painful wait, Aisling was told the surgeon was only able to remove 60% of the tumour in order to avoid any nerve damage. They were also informed the tumour on Ellie’s spine was very aggressive and would grow back extremely quickly.
Ellie had her second surgery in March, 2014, again the surgeon tried to remove as much of the tumour as he could without damaging any nerves. Once again, they were told the devastating news that the tumour was growing back aggressively and that a third surgery would be vital. A treatment plan was put in place and her third surgery was scheduled for October, 2014.
During Ellie’s third surgery the surgeon discovered that the tumour had grown so aggressively that it was now intertwined around her spinal nerves.
Due to the aggressive nature of this tumour the surgeon made the particularly difficult decision, to remove as much of the tumour as possible, this also meant cutting though Ellie’s nerves which meant that Ellie lost most of the feeling as well as the power in both her legs.

Heart-breaking
This news was completely heart breaking and the thought that Ellie was never going to be able to stand on her own two legs again and do the things that other kids do devastated the entire family.
After Ellie’s third surgery, during Christmas week 2014, the bright and bubbly two-year-old began her chemotherapy journey. Every two weeks for the next 18 months Ellie and Aisling made the long journey from Donegal to Dublin. They spent many nights in hospitals in Donegal and Dublin, including birthdays and Christmases. On August 28, 2017, Ellie and her family were informed that the tumour was gone.

Ellie is described by those close to her as a creative, funny, independent , and thoughtful little girl. She loves to have fun and wishes she could walk with her little sister. Her aunt Aoife says: “She is an amazing girl and anyone who meets her instantly loves her and her infectious laugh and her ability to tell hilarious stories.”
At present Ellie is confined to her wheelchair. Daily life is not straightforward and she requires support with many tasks but she never complains.
After extensive research her family have found an intensive therapy programme in the NAPA Centre in L.A.
The Physiotherapists in the NAPA Centre have confirmed that Ellie is an ideal candidate for their Intensive Therapy Programme. The intensive programme consists of two hours per day of Neurosuit and one hour of DMI and PT for three weeks.
Ellie has met every fight face on and is determined that she wants to walk. This intensive therapy would give Ellie the best chance for her dream to come true.
Ellie has been accepted into the Intensive Therapy Programme in October 2022.
The family are raising money to send Ellie to LA to give Ellie the best chance to live the life she deserves and be as independent as possible.
The funding would be for the intensive therapy which she will receive every day for three weeks.
The money will also help get Ellie any additional equipment required to help her progress.
The family would really appreciate as much help as possible as they cannot do this alone.
“We are asking friends and family to please share our story with as many people as possible and to donate anything they can that will help give Ellie this amazing chance,” they said.
An account will be opened for Ellie where all the funds will be transferred, these funds will be accessed by Aisling, only.
To donate go to the webpage: https://gofund.me/6ccb040c