Sad passing of one of Bundoran's most respected citizens 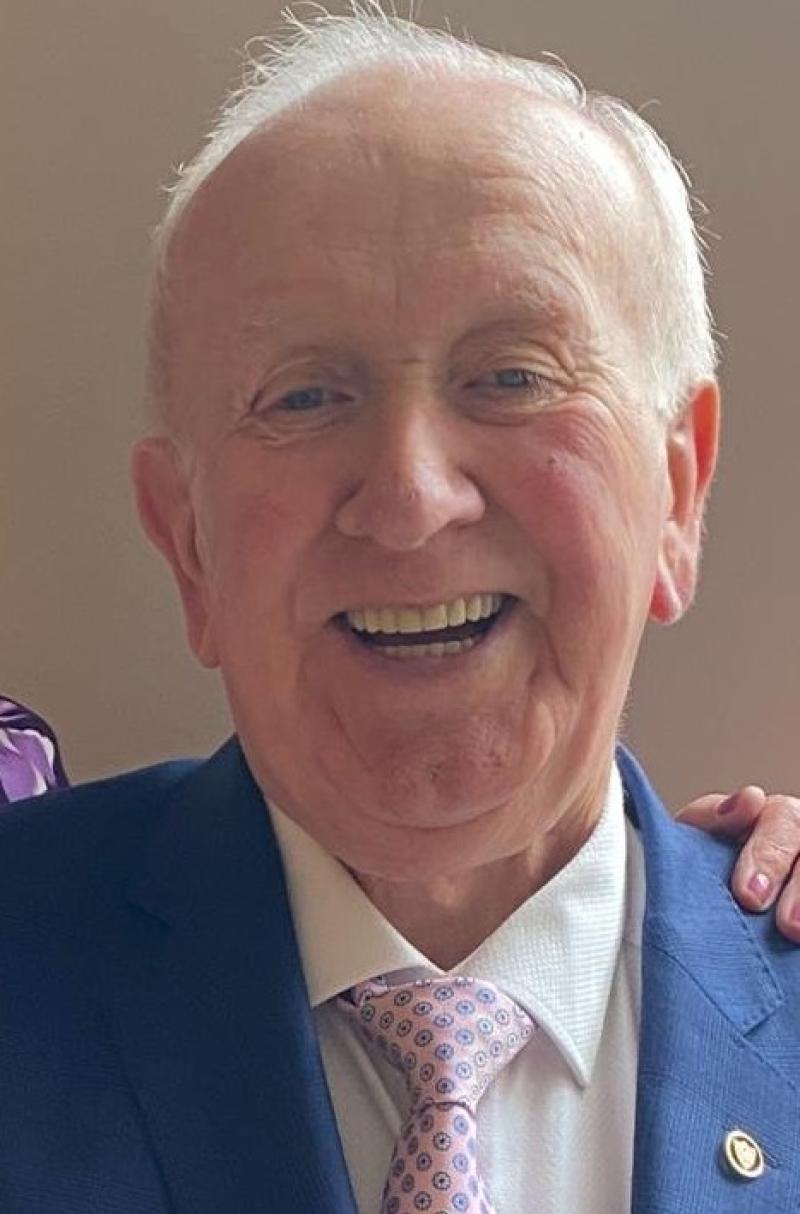 The funeral took place on Saturday at the Church of Our Lady, Star of the Sea, of one of Bundoran’s most respected citizens, Patrick McGurren (76), “Rosnareen”, Dinglei Coush, West End, following his peaceful passing the previous Tuesday surrounded by his loving family.
Better known locally as Pat, he was born in July of 1945 to parents Christy and Mary McGurren in Trillick, County Tyrone.
He grew up in a house in a house of eight siblings; including Aidan and Ciaran, Harry (RIP), Rose, Gerard, Eamonn, Loretta and Kathleen.

The funeral of the late Pat McGurren at the Church of Our Lady, Star of Sea, Bundoran (Photo courtesy of the Magh Ene Parish website)

After attending the local primary school, Pat went onto study at St Michael’s Grammar School in Enniskillen, before heading off to Templemore College to join An Garda Siochana in the early sixties, later becoming a Detective within the force.
After graduating he was posted to Raphoe where he was blessed to meet his wife Doris and they married in 1968.
They became proud parents of seven children and later were equally blessed with 15 grandchildren.
In his homily, Canon Ramon Munster PP said that in seeking to sum up the deceased and having discussed it with friends and family one word sprung to mind.

“And the word they gave me was that Pat was always a perfectionist. A man who tried to do the best whenever he could.
“From his early days as a young boy he wanted to do everything as well as possible. His days in school were very successful as was his training for An Garda Siochana at Templemore.”

“After being appointed to Raphoe in north Donegal not only did he develop his expertise as a young Garda, but he was fortunate to have met Doris, with whom he would spend the rest of his life.”
The family soon moved to south Donegal to the Bundoran and Ballyshannon area.
“And being a Garda in those days in this area was not easy because they were situated at a cross border area. We all know that An Garda Siochana in those days lived under great pressure trying to care for everyone in the best way possible.”
In those days Pat travelled not in a car, but a motorbike, mourners were told.
His elevation to Garda Detective would have imposed even greater pressures on his life and work, but his reputation continued to develop among colleagues and those in the wider community, they were told.
The family also ran a very successful B&B at Bay View Terrace, before later moving further out the West End.
After retiring, Pat spent a number of years in the employment of the Olympic Amusements.
Over the years he had also developed an interest in plumbing, tiling, painting and electronics, abilities that were used to good effect in the homes of his own children.
His love of gardening was also clearly evident by those who knew him as was his interest in both the GAA and soccer.
He was described as “a happy man” and a “great servant to his family members, neighbours and friends.”
Pat’s religious faith, inherited from his parents, was also remarked upon, especially when it came to the construction of the attached Rosary Chapel, where the funeral mass was taking place.
He also took a personal interest in the Church, which would not be forgotten, was a daily Mass goer and Eucharist Minister.
As a lifelong pioneer, this did not detract from his social life with family and friends.
Deceased’s illness which began in 2010 was also spoken about and while it developed in 2017, he rarely complained.
Words of comfort were offered to his devoted wife Doris, who tended Pat, especially during his years of illness, which was described as “superb” by Canon Munster.
Afterwards the Funeral Mass, deceased was interred at St Ninnidh’s cemetery, Newtown, Bundoran.
Guards of honour had also been formed earlier by Garda colleagues and members of the local GAA club with whom his family have been involved with over many years.
Concelebrants at the Funeral Mass including two priests from his native parish of Trillick,
Fr Padraig McKenna, PP and retired parish priest Canon John McKenna PE.
His passing is deeply regretted by his loving wife Doris, sons and daughters Brian (Ita), Siobhan (Roberto), Deirdre (Henry), Pauric (Melanie), Lorraine (Derek), Mairead, Cormac (Joanne), his adored 15 grandchildren, his brothers, sisters, brothers-in-law, sisters-in-law, nieces, nephews, and all his relatives, neighbours and friends to whom deepest sympathy is extended.