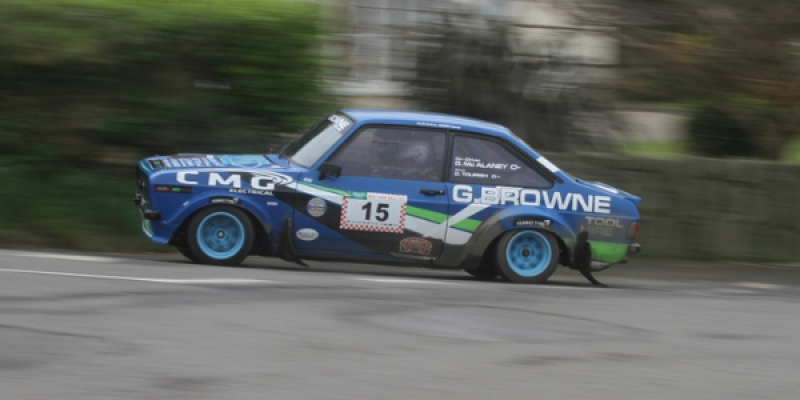 Tourish and McAlaney were just 0.5 seconds in front of Dessie Keenan and Enda Sherry.

Cloghan man Tourish moved into the lead in the modified class on the fourth stage and was able to hold off the stern challenge from the other Escort.

Josh Moffett (Hyundai i20 R5), co-driven by Jason McKenna, took a start-to-finish victory in the event.

They finished twelve seconds ahead of the Ford Fiesta WRC of Sam Moffett/Keith Moriarty.  Armagh’s Darren Gass (Citroen C3) co-driven by Donegal’s Paddy Flanagan were a minute and 11.5 seconds further adrift in third.

Kilmacrennan’s Paddy Robinson called the notes for Rober Barrable who was fourth overall and the winner of class 5 while John McCaffrey was on board for the fifth-placed Seamus Leonard.

Declan Boyle’s Ford Fiesta WRC stopped as he exited a square left hand junction on SS2. After about an hour, he was able to drive the car back to service and he completed the final loop under Rally2.