The Raphoe players will take on England, Wales and Scotland in a quadrangular tournament in Dublin 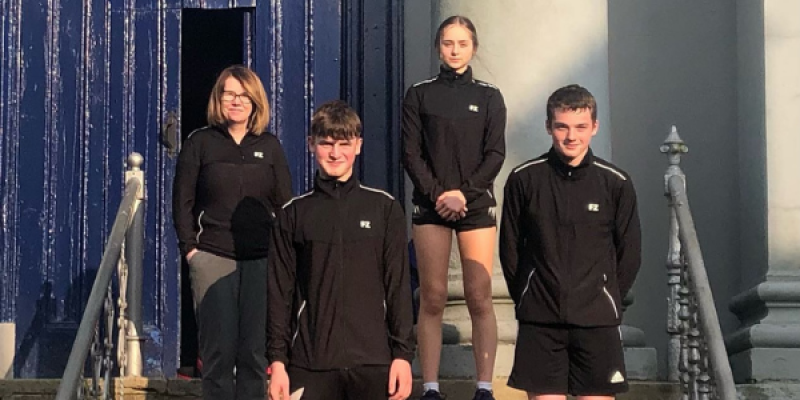 Kimberly Pearson, Naomi Darragh along with Zach and Rhys McAuley

Three Raphoe Badminton Club players will represent Ireland at an under-15 tournament this weekend.

Kimberly Pearson, Zach McAuley and Rhys McAuley have all been selected on the Irish squad.

They will feature in a quadrangular tournament at the Baldoyle Badminton Centre from Friday, April 29 to Sunday, May 1.

In January, the McAuley boys won gold at the Leinster Under-15 Open.

They took the Under-15 boys doubles, beating Jerald Baiju and Adhithyan Gopinath in the final.

Pearson had a superb end to 2021. She teamed up with Cara Eaton to win the under-15 girls doubles at the Munster Open after taking silver at the National Championships in Lisburn.

On Friday, they will play against England, Scotland and Wales in team events before the individual sections get underway on Saturday.

In a further nod to the superb work at the club, Raphoe Badminton Club coach Naomi Darragh has been confirmed as the female head coach for the Ireland squad.