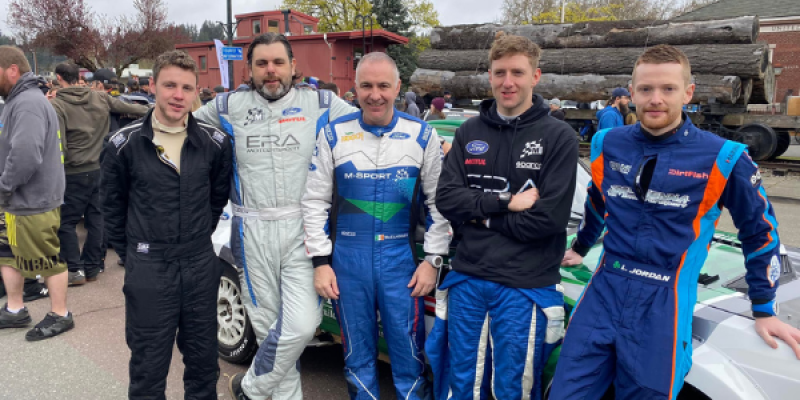 Gary McElhinney finished seventh at the Olympus Rally in the United States at the weekend.

The pair finished seventh overall in a MK2 Escort.

This was the Donegal man’s latest International voyage.

The Raphoe players will take on England, Wales and Scotland in a quadrangular tournament in Dublin

The Olympus Rally is a stage car rally held outside Shelton, Washington and is one of the oldest rallies in the United States

For more than 40 years, stage rally has had a home in the forests of the Olympic Peninsula outside of Seattle.

The two-day Olympus Rally is known for its twisting long and twisting stage roads, some in excess of 25 miles.

McElhinney was one of three Donegal navigators to take part in the world renowned event.

Redcastle resident Darren Curran, who was calling the notes for John Hill, also in a MK2 Escort, went out on the penultimate stage.

Leon Jordan from Mountcharles was aboard a WRC Fiesta with Barry McKenna, but they crashed out on the 11th of the 14 stages.