Fifth for Callum Morris in Scotland 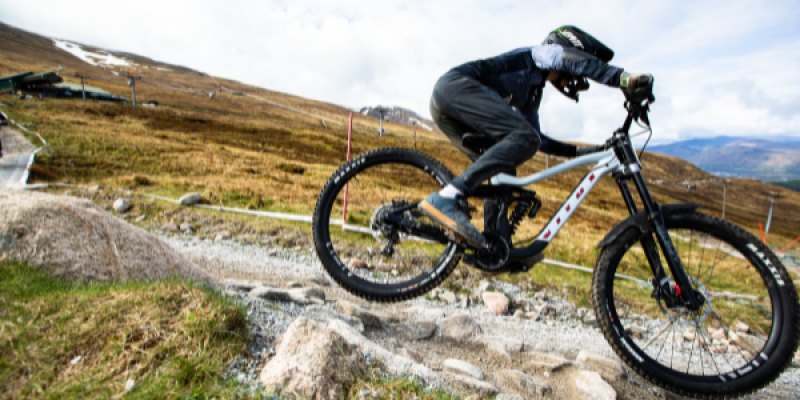 Callum Morris was fifth in his category round two of the British Downhill series at Fort William in Scotland over the weekend.

Clonmany man Morris was part of a big Irish contingent for the event with 15 other riders making the trip.

The 2.6 km track is regarded as one of the longest and toughest in the world and there was a stacked field full of professionals, who were there to get some early practice ahead of the world cup race in two weeks’ time.

Practice went well for Callum (15) with minor tweaks made to the setup of his bike ahead of what turned out to be an action packed race day on the Sunday.

The Vitus First Tracks rider got a puncture on his seeding run and a badly damaged wheel had to be repaired before his race run. That put him down to last place and a race run start time amongst slower riders.

During his race run, Callum crashed into one of those riders but luckily was given a re-run as it was deemed by race officials not to be his fault.

A quick repair to a damaged brake lever and the Clonmany youth was back out on the track.  Pushing as hard as he could but mindful that his rear wheel wasn’t 100 per cent he crossed the line in five minutes and 13 seconds, which gave him 5th position in his category.

The next race for Morris is round two of the Vitus Enduro series in Rostrevor, County Down.