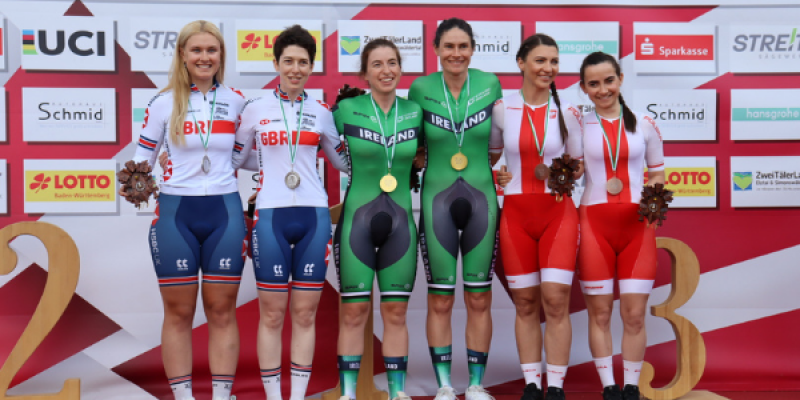 Dunlevy partnered with Linda Kelly and they impressed in the 18 kilometre hill climb time trial in Elzach, Germany.

Dunlevy and Kelly - in their first international race together - were almost four minutes ahead of their nearest rivals.

The Irish duo were three minutes and 54 seconds in front of British pair Sophie Unwin and Jenny Holl, with Poland’s Justyna Kiryla and Aleksandra Teclaw in third, a further four minutes and 35 seconds behind.

Gold and silver for Dunlevy and McCrystal in Belgium

“It was really tough. I am not going to lie,” Dunlevy, whose father John is from Mountcharles, said. “It was definitely a challenging course and a course for a time trial that I have never done before. We have had rolling time trials but never had a hill climb.

“Linda is a good hill climber and I am not so bad at it, so I thought we would have a really good shot at it. We just did our own race and gave it everything. We are delighted with that win.”

There, they won gold in the time trial event and silver in the women’s tandem road race.