The Kilmacrennan man called the notes for winner Desi Henry 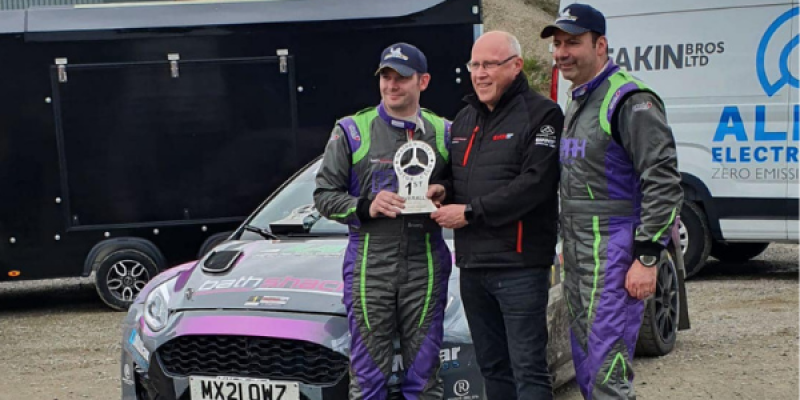 Henry and Robinson were 2.3 seconds in front of Cathan McCourt and Liam Moynihan in their Skoda Fabia.

McSharry had a superb 2021, reaching an Olympic final and winning bronze at the World Short Course Championships

Experienced Letterkenny navigator Rory Kennedy was on board with third-placed Gary Jennings in a Fiesta.

The all-Donegal crews of Joseph McGonigle and Ciaran Geaney as well as Damien Tourish and Domhnall McAlaney were fourth and sixth respectively, the latter claiming the class 7 honours.

The eighth-overall crew of Aaron McLaughlin and Darren Curran won class 11 in a WRC Fiesta.