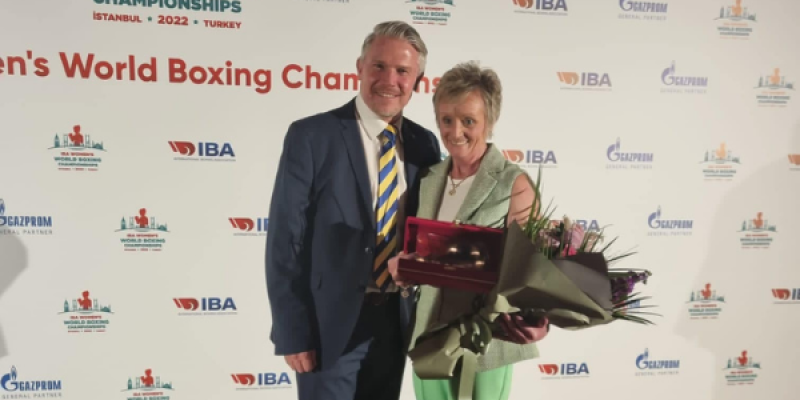 Sadie Duffy is presented with the award in Istanbul.

Buncrana woman Sadie Duffy was named as the Outstanding Referee/Judge at the IBA Women’s World Championships in Istanbul.

The Illies Golden Gloves official was one of three Irish women to pick up a top gong.

Anna Moore was awarded the Outstanding Administrator/Team Leader accolade and Katie Taylor was honoured by the IBA Women’s Committee as ‘Outstanding Boxer’.

The Donegal side defeated Laois by 55 runs in Stradbally

Duffy qualified as a referee in 1997 and since then, has officiated at numerous World tournaments, including, before Istanbul, the Men’s World Championships in Belgrade in October.

Duffy frequently officiates at EUBC tournaments, and at senior elite level in confederations across the globe.

Famously, she was the third person in the ring for Katie Taylor’s watershed bout in the National Stadium on Halloween night, 2001.