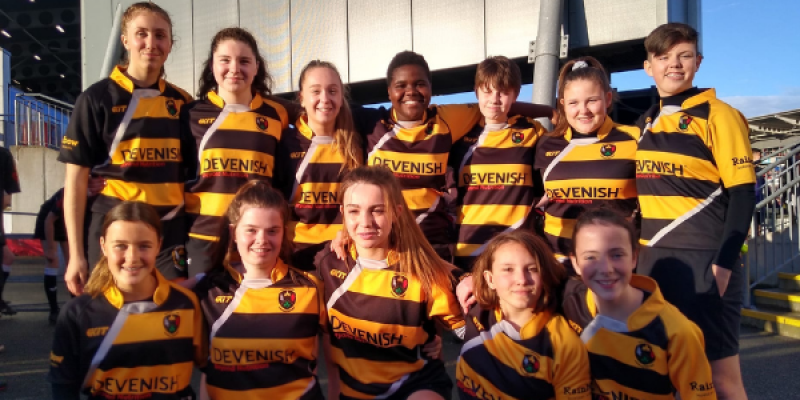 Letterkenny Rugby Club’s under-14 girls were invited to play at the half-time interval of the Ulster v Cell C Sharks game on Friday night at Kingspan Stadium.

The Letterkenny girls combined with their playing partners from Limavady to line out against Cooke under-14s.

The game was fast and furious with Letterkenny/Limavady dominating possession and territory.

English and Lecky head for Germany with Flanagan taking on NCAAs

Cooke managed to score a breakaway try but Letterkenny came back to draw the encounter with a well-deserved try at the finish.

For most of the girls, it was their first ever time in Kingspan stadium to watch Ulster.

All enjoyed the experience of playing under lights in front of a big crowd and they had the added bonus of a 24-21 win for Ulster.