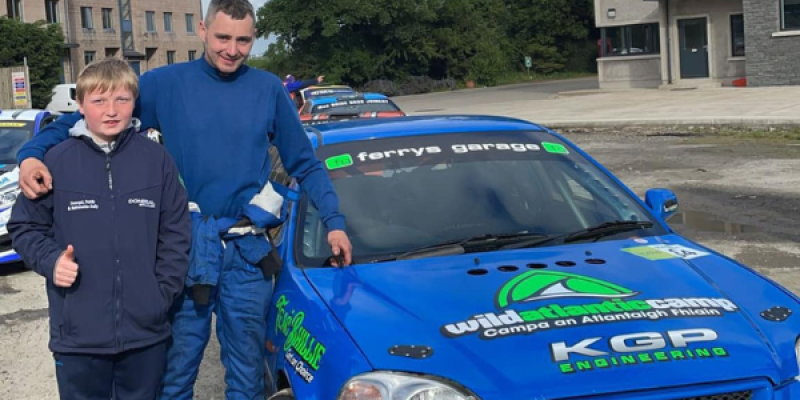 Donegal competitors took a fair share of the class honours at the weekend’s Donegal International Rally.

A huge volume of the entries were local crews vying for the prizes all through the field - and there was plenty for them to cheer.

Declan Boyle, a former Donegal International winner, took the spoils in class 25. Boyle was partnered by James O’Reilly in the Ford Fiesta.

The pair were fourth overall after Sunday’s dramatic twists.

“It’s good to get around. We had a bad start, a bad Friday.

“You need to be in a battle here. When I got to Sunday morning, I just wanted to get around and get finished.”

Boyle has already signalled his intention to return next June.

“Whatever about the speed, we’ll be back again,” he said.

McLaughlin, who had Aodhan Gallagher from Carrigart as co-driver, was 40th overall. It had been a long week for McLaughlin’s team getting the Civic repaired, but the long hours were surely worthwhile.

Glenties man Conal Hegarty, back from Australia for a break to compete in the event, won class 11R in a Corolla Twincam.

The all-Donegal pair of Letterkenny’s David Gordon and Killea’s Darren McNamee were the victors in class 9 in the Rover MG.

McHugh and Boule had five seconds to spare on Mickey Joe Brown and Oisin Joyce with Dylan Eves and Damien Sheridan a further 0.9 seconds down.

Eves had been in the lead heading for SS20, Atlantic Drive, but McHugh came with a charge to take the win.