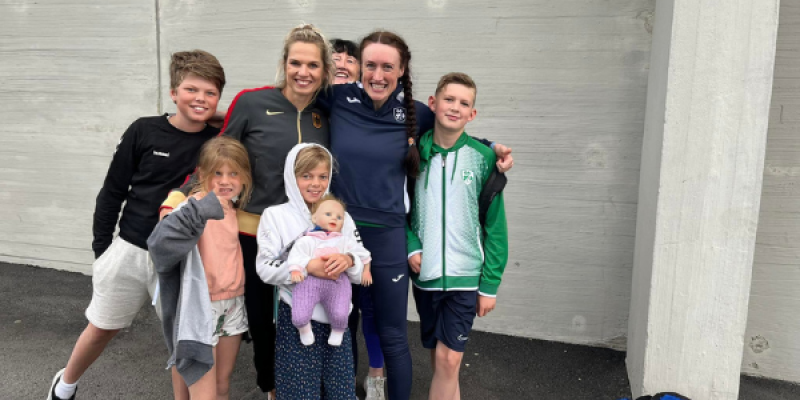 Ciara Kearns won a silver medal at the World Masters Championships in Finland.

Finn Valley AC’s Kearns jumped a best of 5.55m at the Ratina Stadium in Tampere to land a silver.

The Carrick woman, who was a European Masters gold medalist earlier this year in Braga, Portugal, opened with a 5.41m jump and followed up with a 5.34m effort.

A best jump of 5.55m was enough to back a superb silver for Kearns.

Helena Dinnissen from New Zealand won gold when jumping 5.68m on her last visit to the board.

McDaid on Harps coaching role: ‘Ollie gave me a ring, simple as that’

At that point, Kearns was in the lead, but was pipped a the post.

Anouk Lejeune-Forafo of France took bronze with a 5.52m jump.

At the Europeans, Kearns bagged gold with a 5.39m leap, adding 0.16m onto that distance on Tuesday afternoon.

In 2001, Kearns, then representing Cellbridge AC, donned the Irish vest at the World Youth Championships in Debrecen and was returning to international competition this 400m, finishing his heat in 55.81 seconds,

Boyce, who competes out of the An Riocht club in Kerry, is the brother of Olympic race walker Brendan.