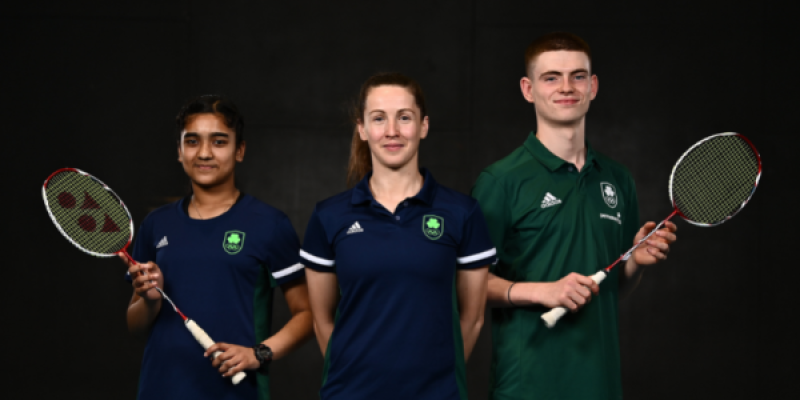 Chloe Magee has been confirmed as the Team Leader for the Irish badminton players who will compete at the Summer European Youth Olympic Festival (EYOF) later this month.

Dubliners Dylam Noble and Michelle Shochan will compete in the mixed doubles as well as their own singles events.

Three-time Olympian Magee will go to Baska Bystrica, Slovakia as the badminton team leader for the competition, which runs from July 25-31.

This year’s event was originally scheduled for July 2021 and was moved in line with the postponed Tokyo Olympics.

The multi-sport event that is aimed at athletes aged 14-17 years, will take place in Banska Bystrica, Slovakia and will run from the 25-31 July 2022.

As a player, Magee broke new ground in becoming the first Irishwoman to win a badminton match at the Olympic Games when beating Kati Tolmoff of Estonia in Beijing in 2008.

Alongside brother Sam, the Raphoe woman won bronze at the 2017 European Championships while the pair were also bronze medal winners at the European Games in 2015 and 2019.

The Irish team departs for Banska Bystrica on July 22, with competition starting on July 25.