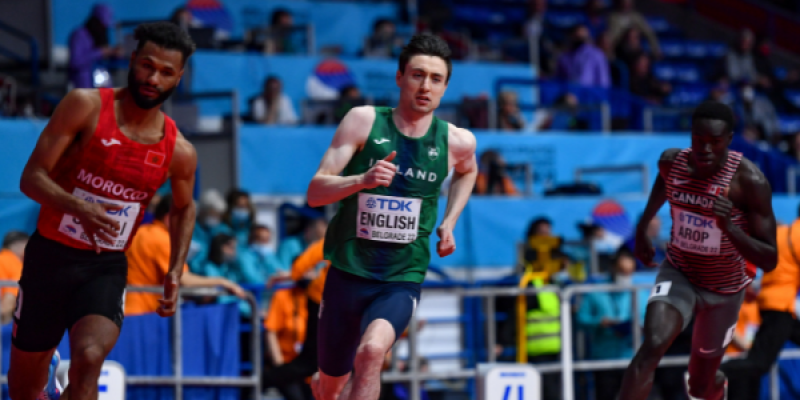 Mark English is set to compete in the World Championships. Photo: Sportsfile

Mark English has learned his draw for the men’s 800m at the World Athletics Championships.

The Finn Valley AC man, a three-time European medallist, is in action at the Hayward Field in Eugene, Oregon in the early hours of Thursday.

English goes in the fifth of the six heats and is set to go under starter’s orders at around 1.50am.

Noah Kibet, the Kenyan who was the World Indoor silver medalist earlier this year and Sweden’s Andreas Kramer, the 2018 European silver medalist, are among those in English’s heat.

Canada’s Marco Arop - ranked fourth in the world - Yassine Hethat from Algeria, Mexican Jesus Lopez and Jonah Koech of the United States are also in the mix.

The first three from each heats plus the athletes with the next six fastest times will go through to the semi-finals.

English won the National 800m Championship title last month, just a week after setting his season best 1:46.02 at the Grand Prix in Madrid.