Clearing the hurdles: Lucy McGlynn ready to race the world 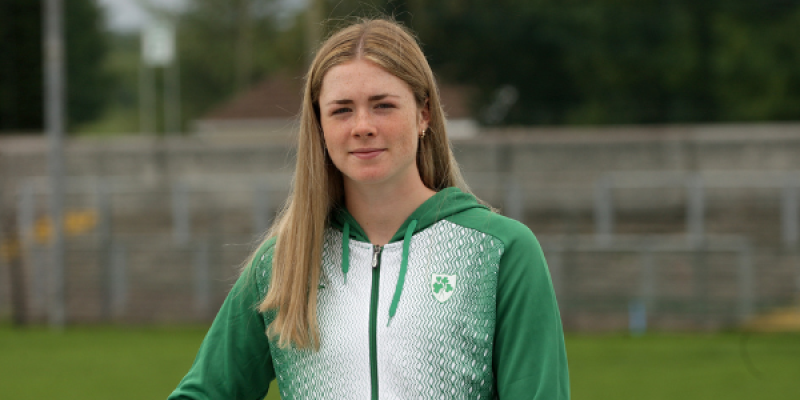 Lucy McGlynn who goes to the World Under-20 Athletics Championships next week. Photo: Thomas Gallagher

Lucy McGlynn has often heard the old maxim about expecting the unexpected.

This week, she believes it.

On Wednesday, the Ballyshannon teenager will board a flight bound for Colombia, where the World Under-20 Athletics Championships are being staged.

Last Sunday, at the Irish Junior and Under-23 Track and Field Championships in Tullamore, the Tir Chonaill AC athlete set a new Donegal record, 14.02 seconds, over the 100m hurdles.

At the Estadio Olímpico Pascual Guerrero in Cali, McGlynn will represent Ireland in both the 100m hurdles and 400m hurdles.

English misses out on World Championships final place by 0.2 of a second

“I wasn’t expecting this at all and I was really just using this year as a building block,” McGlynn tells Donegal Live.

“I was sort of looking at next year’s European Under-20s. The Worlds felt unrealistic for me. I’m very excited to get selected. I knew that I had the two B standards, but it was great to get the final confirmation; just so that I could start to be excited and happy about it.”

In January, McGlynn won the junior women’s pentathlon when scoring 3,438 points at the National Indoor Combined Events in Athlone.

Soon after, though, it was decision time.

McGlynn sat down with her coach, Eamon Harvey. A talented all-rounder, starring at Gaelic football with Aodh Ruadh and basketball at Letterkenny Blaze, McGlynn decided to narrow the focus.

Hurdles would be the number one. 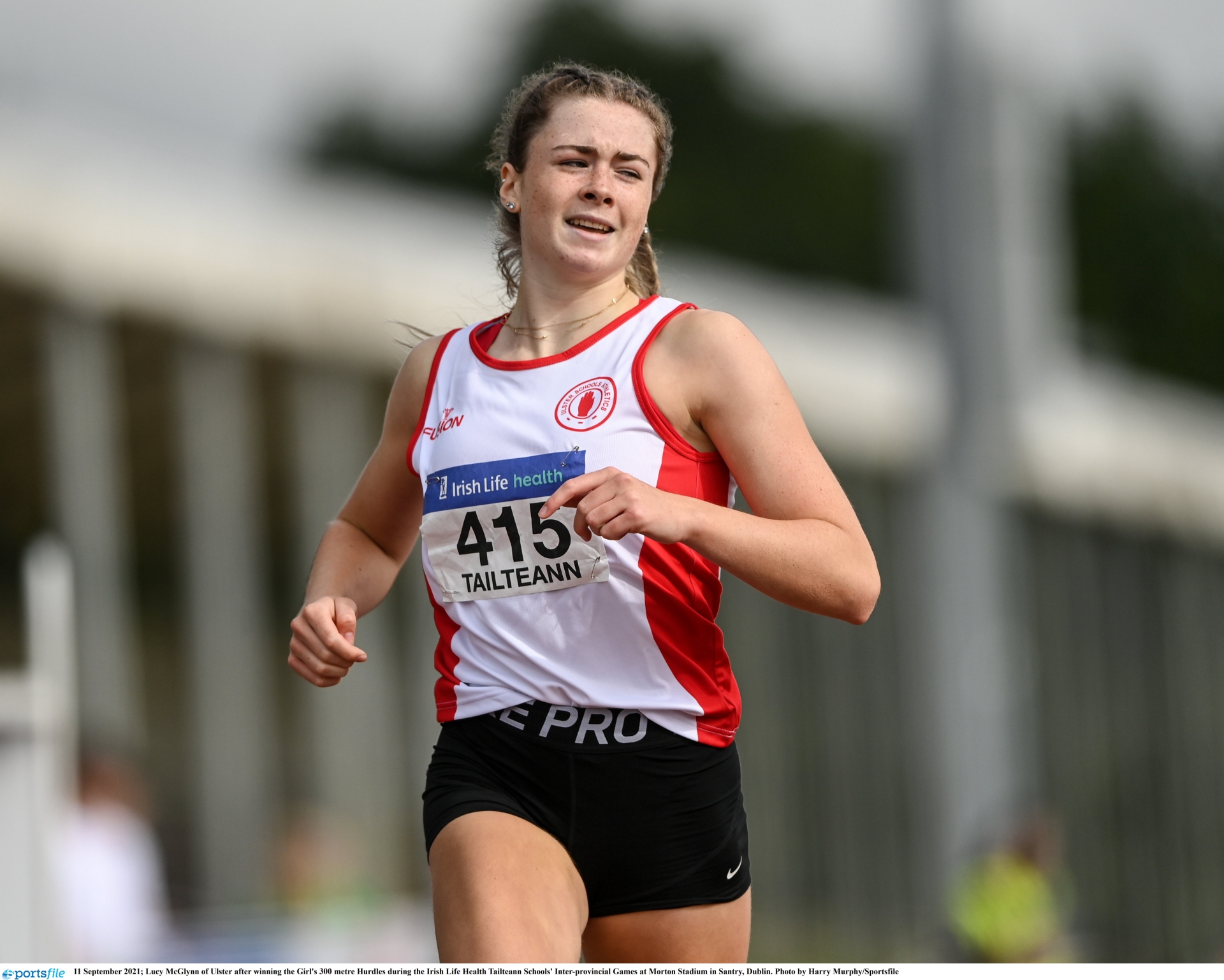 “It was very time consuming, the multi events, and I loved the hurdles more than anything else,” she says.

“At the indoors, we focussed on the 60m hurdles and the 400m. It meant I worked on my flat speed in the 400m and the hurdles work over 60m. I found it a hard decision at the same time, but it was the right call.

“Eamon’s experience is excellent at times like that. He has been around for such a long time and he sets a high standard. We’re a small club, but we get so much coaching of a high standard.”

A lightbulb moment arrived at the Mary Peters Track in June when, at the Ulster Senior Championships, McMcGlynn clocked 14.15 seconds for bronze in the 100m hurdles. 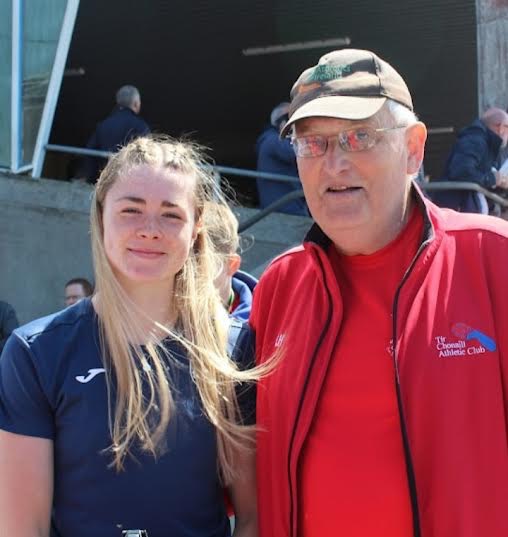 The time erased a 25-year-old Donegal record - wiping out Sharon Foley’s 14.72 seconds, recorded at Hemel Hempstead in 1997. Indoors, in March, she also eclipsed another record of Foley’s when winning the 60m hurdles.

“I think I’ve worked harder than in previous years,” she says. “I’ve really stepped up the training.

“The competition that did it was in Belfast. Before then, my times were going in the right direction. I got a PB and I wasn’t expecting it. That day I realised: ‘Oh, this could be an achievement.

“I ran 14.15 to take out quite a long record. That was never something I looked at. I wasn’t aiming for those kind of things. I just wanted to improve my own bests. The conditions were a big part of it that day and I do like the Mary Peters Track. There was great competition in the race and the girls either side of me helped to push me all the way.”

McGlynn works closely with Brian McGuinness at Progressive Fitness in Ballyshannon while Brian McGonagle - who also coaches European Under-18 400m hurdles silver medalist Dewhirst - has been ’so important’, particularly regarding the technical aspects of the 400m hurdles.

The support from home has been vital. Her father, Martin, won a Hogan Cup medal while at St Mel’s in Longford and has won Donegal football championship titles in the colours of Aodh Ruadh.

Her mother, Orla, has been a massive assistance, too.

“She is with me all the time,” McGlynn says. “When I’m training by myself, she is always there, she drives me to competitions, stays in the hotels.

“Mum and dad are so supportive with anything that I want to do. A big thing too is that they understand the commitment involved.

“I train most days, maybe only have one or two rest days in the week and I have gym work to incorporate too. It’s hard going and can be hard to balance, but I love it.”

At the National Seniors, McGlynn was the bronze medalist with her club-mate Kelly McGrory landing the gold with a Donegal record of 57.22 seconds.

“I just aimed for a PB that day,” she says. “Kelly was the favourite to win it. I definitely did not expect to win my first national senior medal. Really, I just said I’d go out and stick with Kelly for as long as I could.”

In ordinary times, last weekend would have wound up her season. Now, though, she’s ready for a whole new world.

“Luckily, my season goes on,” she says. “I didn’t expect this season to be as good. It sort of has just kept rolling. This is a massive opportunity now. This definitely goes to the top of my achievements, getting picked for the World Under-20s.

“It’ll be just maintenance and relaxation now before Columbia. I’ll get as many good reps in as I can. I’ve been competing every single weekend this summer so a lot now will be rest and recuperating. This season has really helped my confidence.”

Next summer’s European Under-20s will be held in Cluj-Napoca, Romania and McGlynn has those circled in her plans.

Having watched Dewhirst - who she describes as ‘amazing and inspiring’ - win a European medal, McGlynn can dare to dream as she heads for Colombia.

“It will be an incredible experience,” she says. “The aim is for a new PB. I would love to break 60 seconds for the 400m hurdles and break 14 seconds in the 100m hurdles. This will be a different country, a different environment, different people; it’ll be as much a mental test as well as a physical test.

“It’s my first big Championships. I can’t wait to give it a go.”