Chloe Magee bringing dreams to life back where it all began 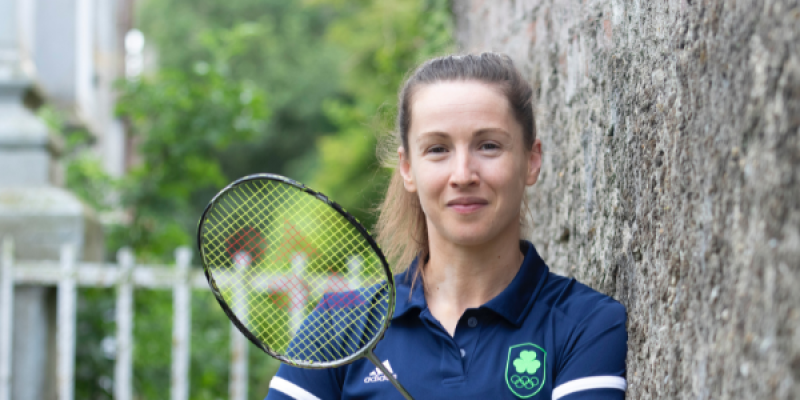 Chloe Magee has a dream - a vision even - and isn’t afraid to say it.

“Ten years down the line, we want Raphoe to be the best in Ulster at badminton.”

It’s a moody Wednesday outside Raphoe Badminton Club. Inside, where the old Scottish Church has been used as a sports hall since the 1940s, Magee is giving a coaching session to seven of the club’s prospects.

Corey Chambers, Cara Eaton, Ella Thompson, Amy Moore, Emily Maxwell, Callum Laird and Reece McAuley are being put through their paces by Magee, a three-time Olympian who has helped break the mould for a new generation in her hometown.

It was here, in this modest corner behind the familiar yew trees on the north-west corner of the Diamond where Magee cut her teeth in the sport.

In a role now leading out the development of badminton in Ulster, Magee wants to give something back to her sport. To her club. To her home. 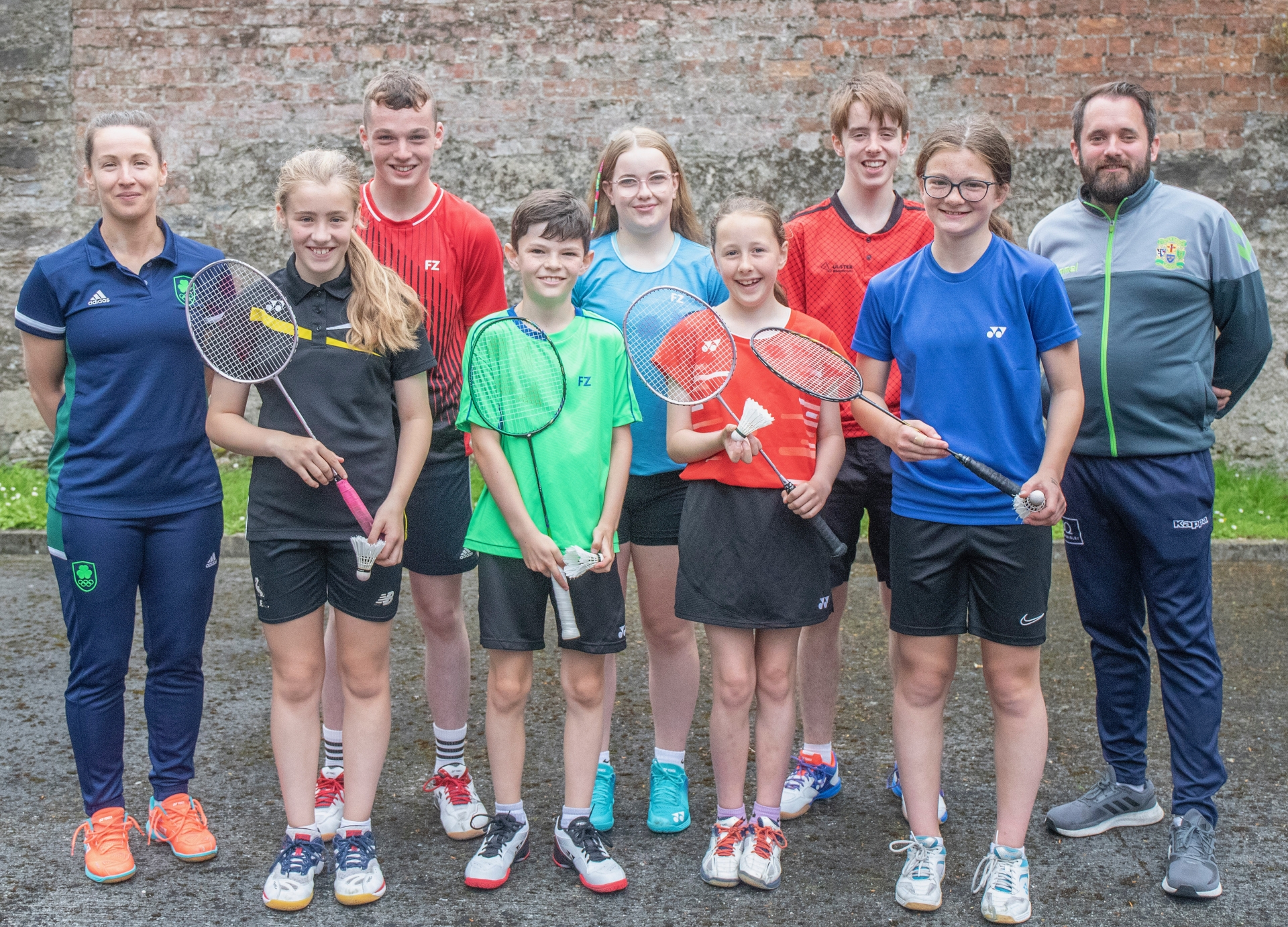 Raphoe Badminton Club is thriving. The junior section of the club has 85 members and a waiting list. The group is divided into three sessions on Monday nights and they get together also on a Friday night.

Gone are the days when, driven by her father, Sammy, she would have to go to Lisburn to get the necessary tutelage. A group of 14 is now operating in a high-performance-like environment in Raphoe. The possibilities, Magee enthuses, are endless. Big Championships are the ultimate target.

“People think you need the big facilities, the this and the that, but the biggest thing you need is the drive and the will to be good,” she says.

“That’s what I see about these kids. They have really bought into it. Coaching kids who want to be good is the most rewarding thing. It’s possible to have the club and have the high performance too.

“Badminton Ireland wanted to keep me involved and a role came up to basically develop badminton in Ulster. It’s a short-term contract, but it’s exciting because I can bring badminton back here. It means something to me to develop badminton here. It has never got opportunities. I came from a very small church hall in Raphoe . . . and to think where I got to, I just want the kids here to get the same opportunity.”

The likes of Corey Chambers, Reece McAuley, Zach McAuley, Kimberley Pearson and Callum Laird have international experience.  Amy Moore and Emily Maxwell are still in the running to make international selection too and Jerald Baiju is another who Magee lists as being a prospect of some note. 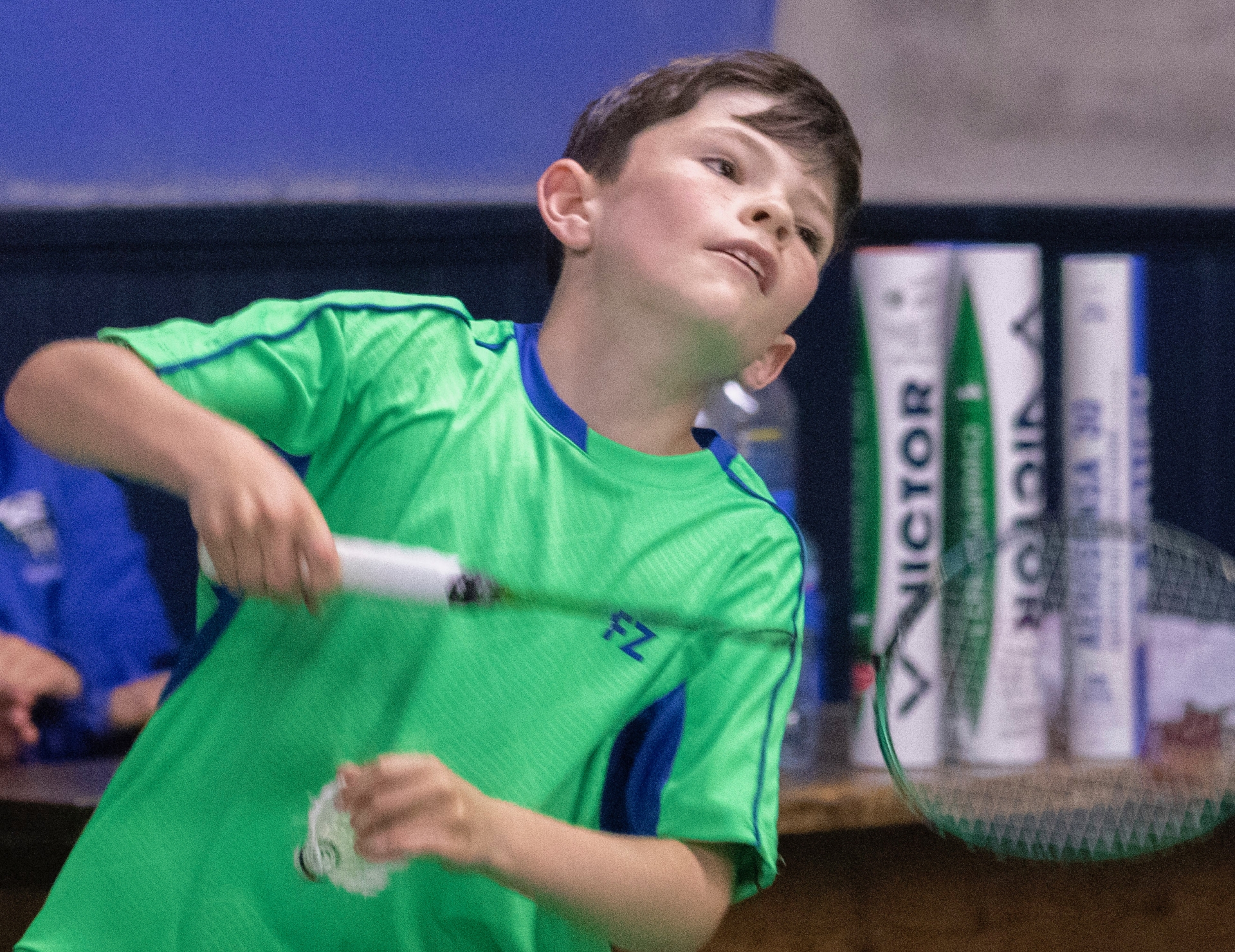 She says: “There was a lot of work to get that structure in place, but we’re lucky to have so many good people. We have a junior, teenage, seniors and a ladies club - the first time we’ve had all of those. The club is thriving. We have the people to make up for what we might lack in facilities.

“We’re here five times a week. The reason we’re training practically full-time is that we want to develop a high performance culture. We want people to look at Donegal and say: ‘They’re producing top quality players’.

“You have to be smart in training and the athletes have to enjoy it. They have to have the love of the game. I’m always trying to think what we can do better. There will always be critics, but they’re people who haven’t seen this before. When I went to Sweden, people didn’t see what I had to do.”

She was 17, and in her Leaving Certificate year at the Royal and Prior when Magee’s plates were shifted.

Tom Reidy, a Limerick man who represented the US in badminton, was hosting a training camp in Belfast. The Magee’s went. Soon, Reidy was outlining a move to Jönköping in Sweden. The young Magee was almost startled, but it wasn’t going before she was taking to the court to represent BMK Wätterstad.

Reidy once told her: ‘If you want to go further, there is something there.’

At the 2008 Olympic Games in Beijing, Magee - aged only 19 at the time - became the first Irishwoman to win a badminton match at the Olympics, beating Kati Tolmoff from Estonia.

“You don’t just go from church hall badminton and think about the Olympics,” she says.

“Sweden was very overwhelming. I just wanted to go home. I thought it wasn’t for me. My dad made me realise that it was a huge opportunity. It was a lifetime commitment.

“It’s not just about training every day. It’s your eating, your sleeping, your everything. Your whole lifestyle has to be disciplined and you have to put so much into it. I didn’t see me coming from here to do that. Tom really put a good mentality in my head and he never let me doubt myself. I changed so much as a person.”

Magee also represented Ireland at the 2012 and 2016 Olympic Games. Alongside her brother Sam, she won bronze medals at the 2015 and 2019 European Games in Baku and Minsk. In between those, the Magee siblings won European Championship bronze medals in 2017.

“The sport has grown massively in Ireland,” Magee says.

The Magees set the bar for the sport in Ireland, let alone Donegal. Their niece, Rachael Darragh, has the torch now and is gearing up for the Commonwealth Games later this month in Birmingham.

This week, Magee jets out to Baska Bystrica in Slovakia as the Ireland Team Leader for the European Youth Olympic Festival with badminton players Dylan Noble and Michelle Shochan.

“Coaching and video analysis, getting the tactics ready, will be the main focus,” she says. “The other part is making sure their gear is ready, attending manager meetings, all this sort of thing. There is a lot of information to take on board and there’ll be a lot of work involved.”

Until recently, Magee was playing competitively in the French League and still trains alongside her group in Raphoe.

The schedule remains busy, but when she looked at the talent around the hall, it feels worthwhile.

“I used to have to go to Lisburn, but these guys have a coach on the doorstep five times a week,” Magee says. They go to Russell Porter at Core Fit in St Johnston for strength and conditioning work and Magee advises them on the lifestyle required.

Corey Chambers was a bronze medalist with an Irish team at the Swedish Youth Games in Malmö last year having won two silvers at the Leinster Under-13 Open.

At times during school term the group will come in straight from the classroom to the badminton hall.

Across the province, Magee sees the shoots beginning to appear again following the Covid-19 shutdowns.

“There are a lot of people playing badminton in Ulster,” Magee says.

“We want to get para programmes running, things like women in sport programmes too. Since the pandemic, indoor sport suffered the worst and a lot of kids have left for other sports. Developing and helping clubs - and also schools - is a big part of it this year.

“For now, it’s refreshing to see the other side of badminton. I’ve been able to be Chloe again recently.”