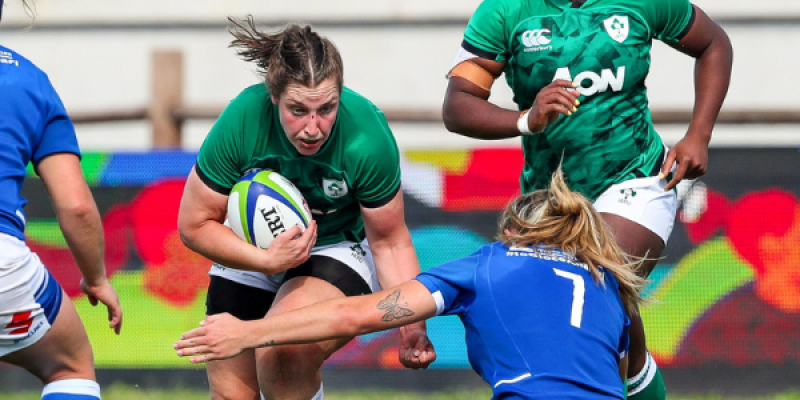 Ballybofey woman Laura Feely is back on the Ireland panel for the trip to Japan. Photo: Sportsfile

Ballybofey woman Laura Feely has been named in the Ireland Women’s squad for a two-test series against Japan.

Feely is included in the 29-player panel named by the Ireland head coach, Greg Williams.

The 30-year-old made her Irish debut against France in Toulouse in the 2018 Women’s Six Nations.

Back-to-back matches against the Sakura 15s in August form part of a summer programme for McWilliams’ young side, and the exciting development opportunities ahead are highlighted by the inclusion of eight uncapped players in the touring party for Japan.

The two teams most recently faced each other during the 2021 November internationals at the RDS, with Ireland earning a 15-12 win on that occasion.