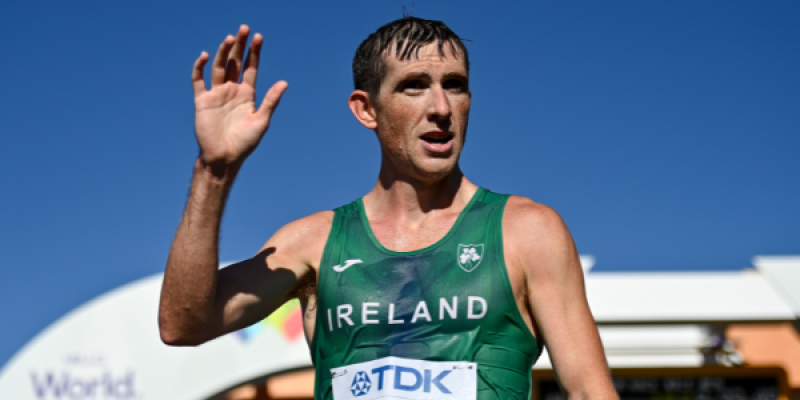 Boyce, a three-time Olympian, is competing over the shorter 35k distance now after his specialised event, the 50k was scrapped following the Tokyo Olympics.

After a 6.30an start in Oregon, the heat kicked in and competitors took part in temperatures around 34 degrees.

Boyce was 34th after 10k, but gradually moved up. The Milford native stayed in the battle and improved his position over the last 7k.

Boyce’s time was only 42 seconds shy of the Irish record and it was a performance that showed he is a live candidate over the 35k distance.

Massimo Stano from Italy took gold in 2:23:14 with Masatoro Kawano of Japan claiming silver in 2:23:15 and the bronze went to Sweden’s Perseus Karlstrom, who finished in 2:23:44.