The Letterkenny man was Ireland's top performer in Sunday's win over Hungary in Tbilisi. 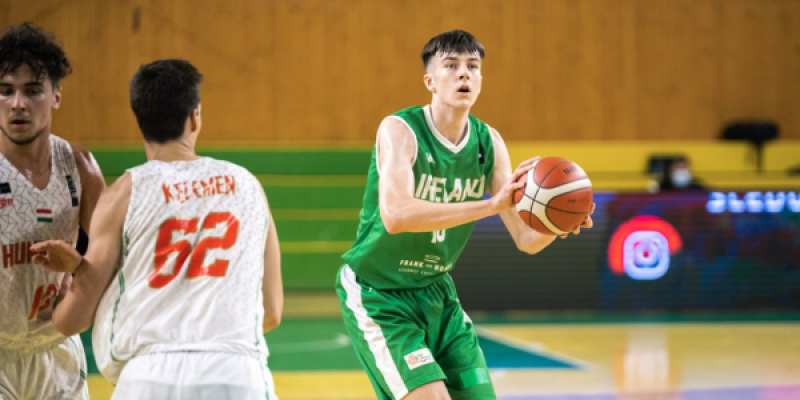 Killian Gribben starred as Ireland’s U20’s beat Hungary 66-55 on Sunday to finish ninth at the FIBA U20 European Championship.

Gribben scored 16 points and was Ireland’s top performer at the Tbilisi Olympic Palace in Georgia. Gribben also had ten rebounds, one assist and four blocks over the game

Ireland won two of their three group games and just missed out on the quarter-finals on points difference, but they responded from that disappointment in style, with three wins in a row to claim ninth spot.

Ireland had opened the tournament with a 67-65 win over Hungary in the group phase.

APPEAL: Gardai concerned for man who went missing over two weeks ago

After losing to Latvia 72-59, Ireland bounced back when beating Bulgaria 75-72, with Gribben posting four points.

The Letterkenny man scored seven points in the subsequent 76-60 win over Albania before landing 14 in the 75-52 defeat of Georgia.

Gribben, who stands a towering 6’10”, was recently awarded a scholarship at Siena College in New York having been at Choate Rosemary Hall in Connecticut for the last academic year.

Last summer, Gribben played for Ireland in the FIBA European Challenge 2021 in Slovakia and previously lined out for Letterkenny Blaze and LYIT Donegal as well as having success at schools level with St Eunan’s College.