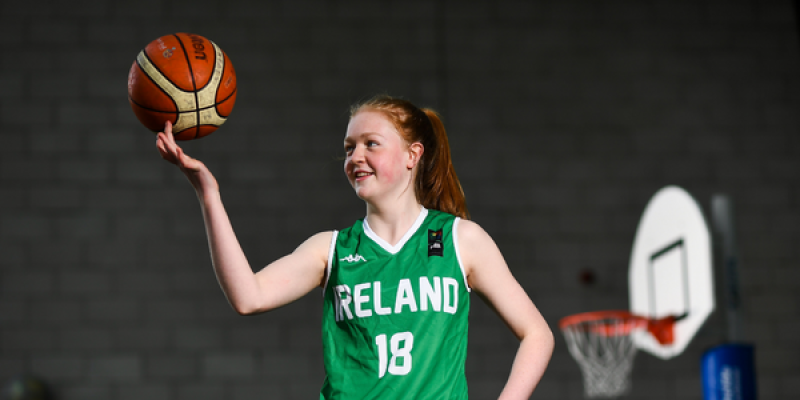 Maria Kealy has been among the scorers in Bulgaria. Photo: Sportsfile

Maria Kealy has been among the scores for Ireland at the FIBA Under-18 Women's European Championships this week.

The Letterkenny woman is the vice captain of the Ireland squad which is competition in Division B in Sofia, Bulgaria.

The point guard, who plays for Donegal NL and Letterkenny Blaze, took part in a recent training camp held at the ATU Donegal campus in Letterkenny.

Kealy featured at last year’s FIBA Under-18 Women’s European Challengers and was back in the Irish squad for the trip to Bulgaria.

On Sunday, Ireland were beaten 67-47 by Serbia, with Kealy helping herself to nine points.

In an agonising 66-64 loss to Austria on Tuesday, Kealy weighed in with four points.

In a tight clash with Romania on Wednesday, Kealy bagged another eight points.

Ireland now have classification games against Norway on Friday and Iceland on Saturday at the Triaditza Hall which will determine their final placings in the tournament.