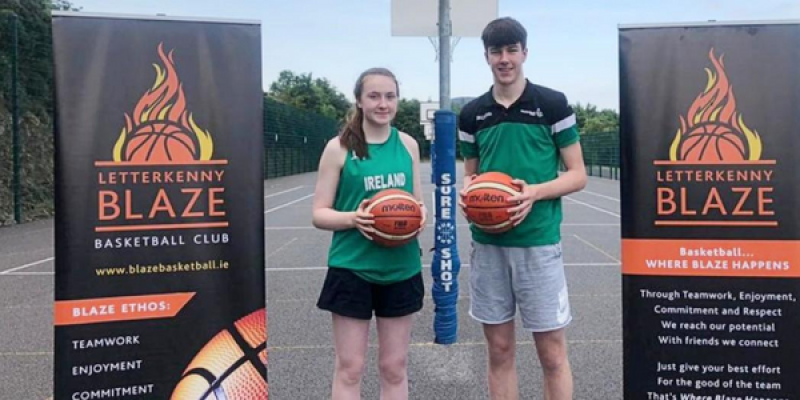 Emma Gribben with her brother Killian.

Letterkenny woman Emma Gribben is part of the Ireland team for this weekend’s FIBA 3x3 U17 Europe Cup qualifier.

Letterkenny Blaze and LYIT Donegal forward Gribben is on the Ireland side.

Bree Shelley from Killester, Mya Pardy of Liffey Celtics and Alannah O’Connell, who plays for Griffith College, Templeogue, are also on the panel.

A selection process took place under the watch of Erin Bracken, who'll be coaching in the InsureMyVan.ie Super League with Killester in the upcoming season.

Gribben, a student at Loreto Secondary School, was in the Ireland under-16 squad for last year’s European Challengers in Slovakia.