Eilish McColgan lit up the Commonwealth Games with an epic win in the 10,000m final. The win stirred the memories of Glenfin woman Breda McGinty, who had the measure of McColgan 20 years ago 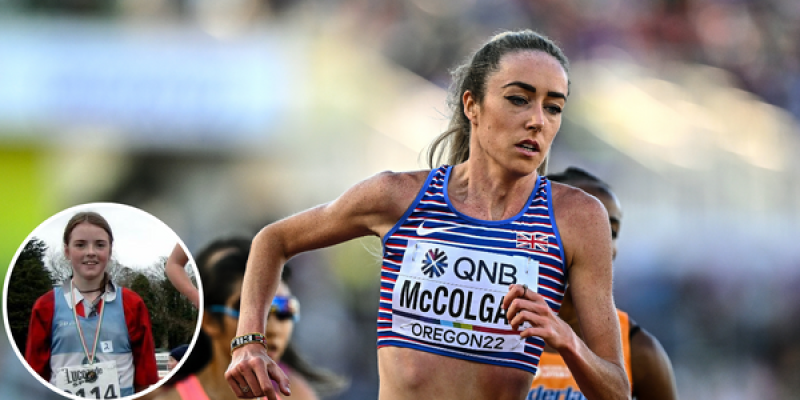 Eilish McColgan won the 10,000m at the Commonwealth Games on Wednesday evening and (inset) Breda McGinty.

As Breda McGinty came up the hill and back towards the home straight, the familiar faces came out from the crowd.

McGinty was neck-and-neck in the Ulster Uneven ages Cross-Country Championships in Comber, Co Down.

She remembers the faces of Neil Martin and Brendan Patton urging her to ‘go for it’.

The Glenfin girl did just that, winning the under-13 race by five seconds.

She was still in the pen when Bernie Alcorn hugged her tightly.

Eilish McColgan, running that October Saturday in 2002 for Sparta AC, is now a three-time Olympian.

Rachael Darragh safely through to last 16 at Commonwealth Games

On Wednesday evening, McColgan recorded an epic win in the 10,000m final at the Commonwealth Games in Birmingham, landing the first major title of her career.

The daughter of the legendary Liz McColgan, the 1991 World Championship 10,000m gold medalist was known to some, but not her Finn Valley AC opponent, who held the upper hand in the Ulsters. 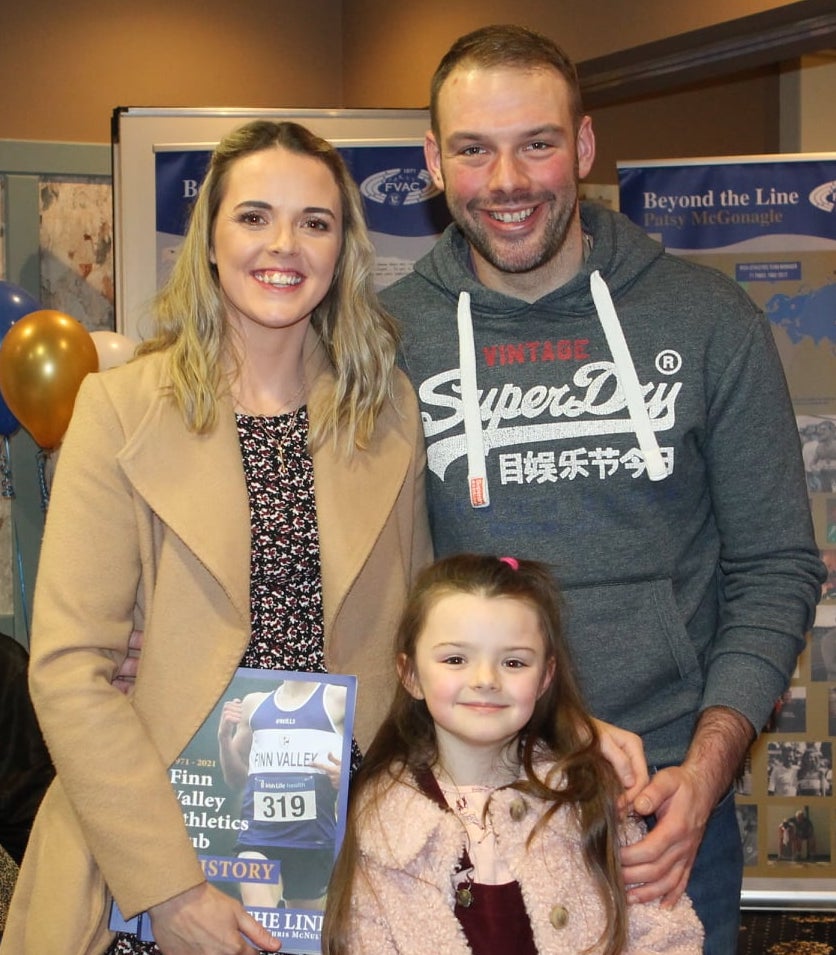 This is an extract from Beyond The Line, the official history of Finn Valley Athletics Club. Breda McGinty is pictured at the launch earlier this year. The book can be bought here: https://www.beyondtheline.ie/

“I raced her in indoor races in Scotland as well, but didn’t beat her,” McGinty says.

“We raced that day in a big park in Comber. I remember just before the straight, where we came back on ourselves to the finish, a few heads came out just telling me to go.

“I just took off and that was that. That used to happen a lot in the cross-country races, people would give you a bit of a shout to ‘go’.

“Who I had beaten was just an afterthought when the race was done really. I just ran and never really thought about who was who. That only came when I was a bit older.”

In December 2002 at Dalgan Park in Navan, McGinty ran the race of her life to win silver in the All-Ireland race, beaten only by future Olympian Sara Louise Treacy.

Having caught the eye initially while competing for Dooish National School at the schools cross-country, McGinty was the star turn of that team. She was on two separate Finn Valley AC groups who went to training camps in Portugal and her progress was remarkable.

“I ran until I was nearly 20,” she said. “I just got to the stage where I came out of bad injuries and just threw in the towel. I was sick of just trying to come back. I still love running and always will, but I miss being able to run like I could.

“We got all over the place thanks to Finn Valley.”