The Letterkenny woman scored 56 points during the week in Sofia. 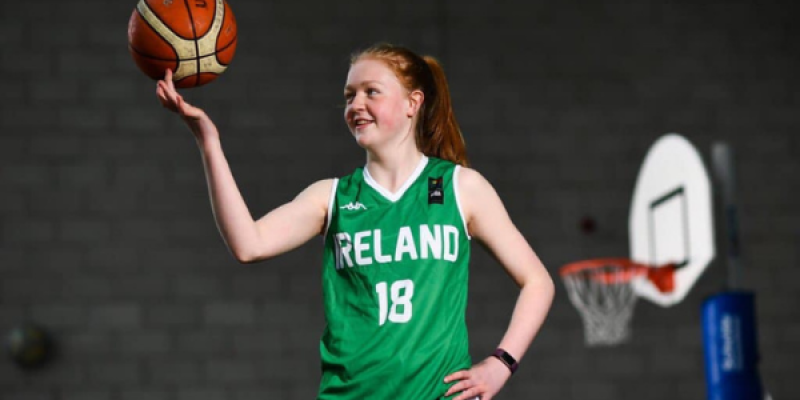 Kealy was vice captain of the Ireland squad which competed in Division B in Sofia, Bulgaria.

Ireland defeared Luxembourg 70-66 on Sunday morning in a ninth-tenth place play-off at the Universiade Hall with Kealy scoring eight points.

Kealy contributed eight points in a 75-50 win over Norway on Friday before adding nine in Saturday’s 68-58 success against Iceland.

Point guard Kealy, who plays for Donegal NL and Letterkenny Blaze, took part in a recent training camp held at the ATU Donegal campus in Letterkenny.

Kealy scored 56 points during a good week in the green.

Kealy featured at last year’s FIBA Under-18 Women’s European Challengers and was back in the Irish squad for the trip to Bulgaria.

On Sunday, Ireland were beaten 67-47 by Serbia, with Kealy helping herself to nine points.

In an agonising 66-64 loss to Austria on Tuesday, Kealy weighed in with four points and added another eight in a 64-59 win over Romania.