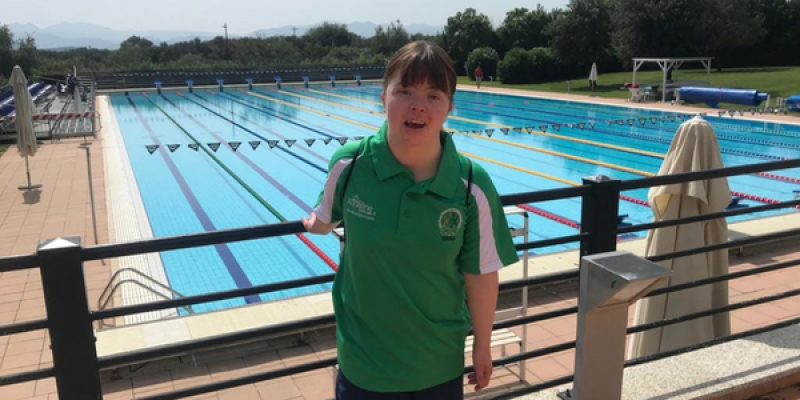 Letterkenny swimmer Anna Hennessy is gearing up for the Down Syndrome World Swimming Championships - and a this week’s Portnablagh Crab Crawl will act as a fundraiser for her big trip.

Anna will take part in the Championships in Albufeira, Portugal in October.

Anna’s father, Kevin, swims with the group and has thanked those involved in organising this week’s fundraiser, including Mark McCollum and Mark Loughridge and those such as Karen Crawford and Keith McClean who are deeply involved.

All swimmers for the World Championships are self-funded so the Gartan Open Water Swimmers are encouraging a big turn out this week.

“It is a 1km swim challenge and it takes place at Portnablagh every Wednesday evening,” Kevin told Donegal Live.

“This happens every Wednesday during the summer. Last year, money was raised for a defibrillator which has been put up near the pier. They have raised money for the RNLI, Sheephaven Sub Aqua Club and countless other causes.

“This just gathers legs after I mentioned about Anna going to the Worlds on Saturday when we were swimming. It is an unbelievable gesture.”

Anna swims with Swilly Seals and the Hennessy’s are indebted to the club coaches and the staff of the Aura Leisure Centre in Letterkenny for their assistance.

Anna began her swimming at the Clanree and, after showing serious improvements, was soon in the Irish team. She travels regularly to Dublin, where she works with the other Irish swimmers under the tutelage of Niall Murphy.

In 2018, Anna won a Donegal Sports Star of the Year award, collecting the Special Athlete gong.

On Wednesday night, registration is from 6.30pm at the slipway at Portnablagh with the swim starting at 7pm. There are prizes for the three people who get closest to their predicted time plus the fastest swimmer.