The Donegal athletes will be part of an Irish squad that will compete in Bedford at the end of August. 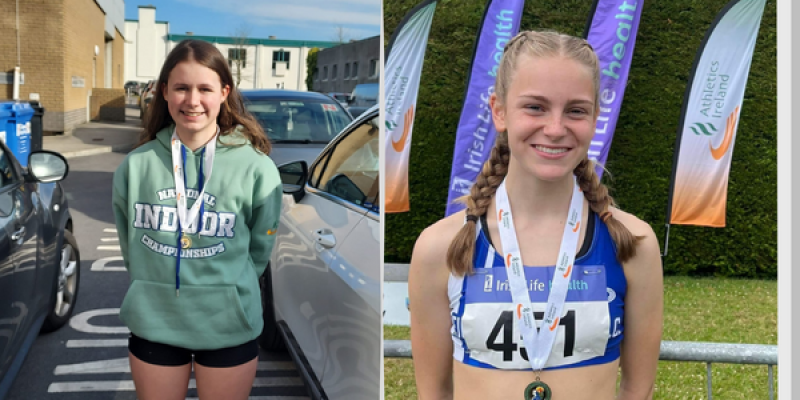 Donegal athletes Caoimhe Gallen and Amy Timoney have been selected as part of an Irish squad that will compete in the England AAA Championships at the end of August.

Lifford-Strabane AC’s Gallen and Finn Valley AC woman Timoney are part of a 43-strong Irish contingent that will compete in under-15 and under-17 competitions in Bedford.

Gallen will compete in the hammer event with Timoney going in the 80m hurdles.

Gallen won the girls hammer at the recent SIAB Track and Field International in Belfast, throwing a best of 54.28m.

She won the under-16 shot at the Irish Life Health National Juvenile Track and Field Championships at Tullamore, reaching out to 12.22m.

The Championships take place on August 27 and 28.