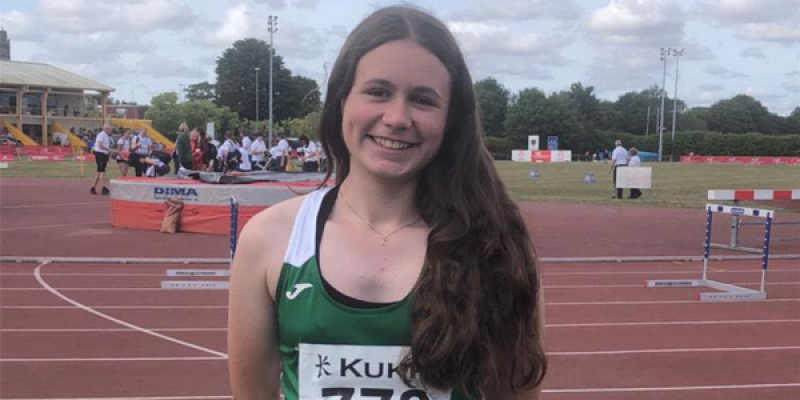 Caoimhe Gallen landed a new PB in Bedford to win silver at the England AAA Championships.

The Lifford-Strabane AC starlet took silver in the under-17 hammer in Bedford.

Gallagher threw out to 54.31, a mark that represented a new 2cm PB.

Gallen was beaten only by Angela McAuslan-Kelly, the English woman whose 58.55m was a personal best and a new UK under-17 hammer lead throw.

Gallen won the girls hammer at the recent SIAB Track and Field International in Belfast, throwing a best of 54.28m.

She won the under-16 shot at the Irish Life Health National Juvenile Track and Field Championships at Tullamore, reaching out to 12.22m.Gallen’s club colleague Ellie McCurdy was fourth in the under-17 javelin with a 39.98 throw.