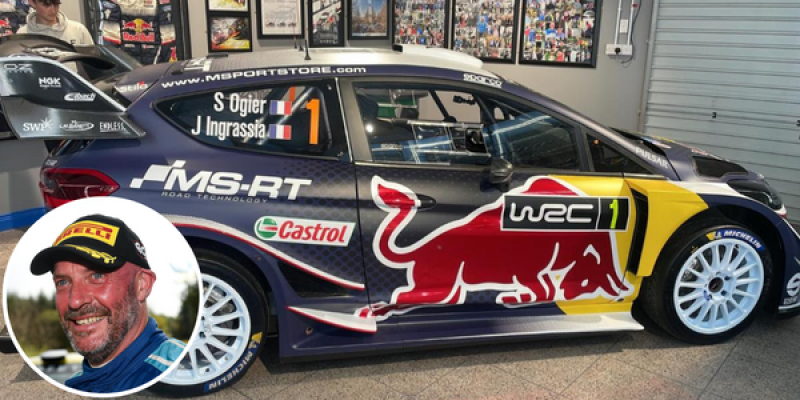 The Frosses man will take part in the Ford Fiesta WRC. The ex-M-Sport car was driven by Ogier for his World Rally Championship triumphs in 2017 and 2018.

The Fiesta WRC is now a part of Kelly’s collection at his rally museum at the Stables Motorsports Centre in Frosses.

Kelly, the Irish National and Irish Tarmac Rally kingpin in 2015, is the latest name to commit to Déjà vu Ireland West.

This great motoring re-union of 130 historic rallying and supercars, will leave The Mall in Westport at 10am. on Saturday, October 1 on a non-competitive 130-mile run through Connemara.

Spectators are in for a treat as the fabulous array of World Rally, Group 4, and Group A cars travel over some of the special stages that were used on the Circuit of Ireland and Galway International Rallies in the past.