McGinley, the leading Irish runner in the event, was one of three Finn Valley AC athletes competing at the Championships in Ambleside, England. 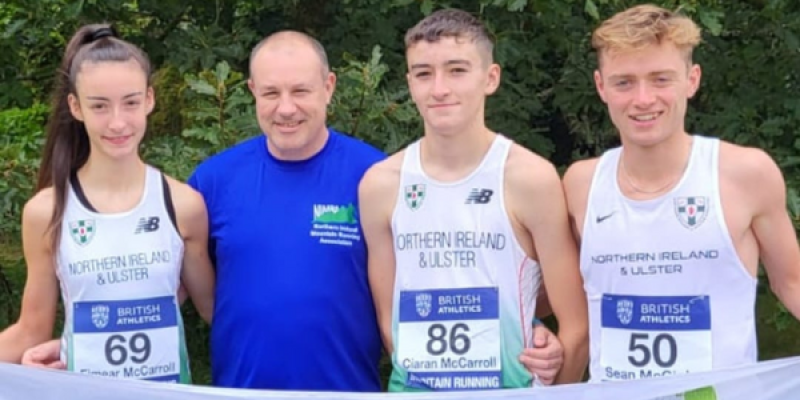 The Finn Valley AC runner finished in 25 minutes and 2 seconds.

McGinley was the leading Irish competitor in the event, which was held in Ambleside, England.

His Finn Valley club mate Eimear McCarroll was 12th female in the under-20 race. McCarroll timed 32:15 with England’s Eve Whitaker winning in 27:47. McCarroll was the leading Irish female.

Her younger brother Ciaran McCarroll was 29th overall in the under-17 race, finishing in 25:06.

The trio, who were chosen after a trial event at the Scrabo Hill Race last month, were accompanied by coach John Rogan.