How the Inver parish is leading the way in motorsport 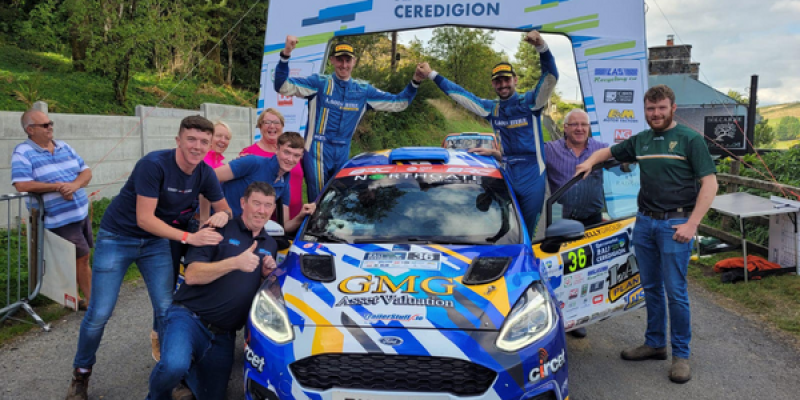 The Inver parish is fast becoming something of a motorsport hotbed.

Eamonn Kelly, Ryan MacHugh, Joseph Kelly and Jamie Jervis have all topped their respective charts and are leading a new bad of drivers on the rise.

Eamonn Kelly secured the Junior BRC honours with two rounds still to win. The son of former Irish Tarmac champion Donagh Kelly, he wrapped up the Championship when competing at Rali Ceredigion in Wales in a Fiesta Rally4.

“To finally get it and achieve it so early on, it’s a special feeling,” he told Donegal Live.

“It’s unreal. It was just class and it’s a credit to the hard work of the whole team. We came in last year to the Junior BRC as newcomers and we realised that we needed a big effort to do well.”

In the same event in Aberystwyth, 19-year-old Joseph Kelly from Mountcharles moved onto an unassailable 81 points after finishing 28th overall in a Peugeot 208 Rally4.

MacHugh from Frosses sealed the Irish Tarmac Junior title. MacHugh competed for the first time in the 2021 Donegal Harvest Rally and won the junior category.

In a  Honda Civic VTi, MacHugh made safe the title when finishing the Cork 20 International Rally,

Last month, Jervis, a 16-year-old from Mountcharles, became the Irish Pro 2 Junior Drift Champion when winning at Watergrasshill in Cork in his BMW.