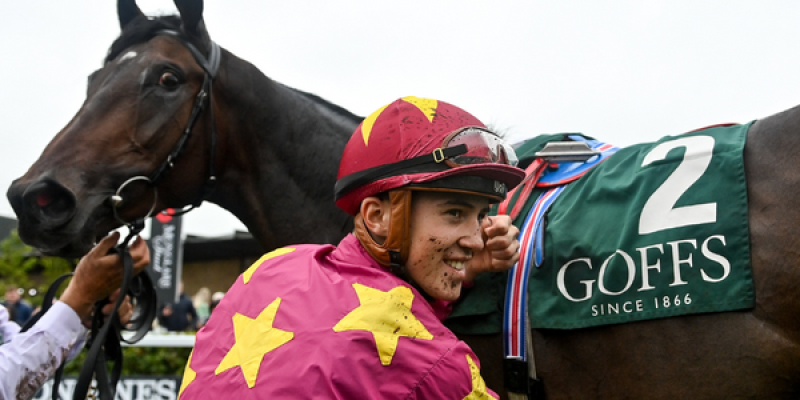 Dylan Browne-McMonagle rode his first Group One winner at The Curragh on Sunday.

Browne-McMonagle took victory in the Goffs Vincent O’Brien National Stakes. It was an afternoon to remember for former champion apprentice Browne-McMonagle as he bagged his first win at the top level.

Initially, Browne-McMonagle was held up towards the rear, but pushed forward and with a furlong to go rose to third.

Here's the draw for the Intermediate Championship semi-finals

The draw for the semi-finals was conducted at O'Donnell Park on Sunday evening.

Under a patient ride from the 19-year-old, Al Riffa hit the front and never looked back having charged down the centre of the course.

“It’s a dream come true,” Browne-McMonagle said. “It was a very good performance.”

Browne-McMonagle was backed by O’Brien and, after delivering on a historic afternoon, he praised Al Riffa.

He said: “He has a great temperament and he takes it in his stride. I was very happy the whole way

“When I gave him a wee squeeze at half-way he latched onto the bridle.

“I was always in control. He sprinted clear of the boys. He’s a very exciting colt for the future.”

Trainer O’Brien said of the Donegal jockey: “Dylan has been riding very well for the last number of years.

“He won on this horse and he was entitled to keep the ride on him. I thought he gave him a marvellous, confident ride and he has a big future.”

On Wednesday night at Cork, Browne-McMonagle took Born Invincible (7/2) to victory in the Mallow Handicap.

Aboard the Gerard O’Leary-trained mount, Browne-McMonagle won by a length from 10/1 chance Rose Of Malta.