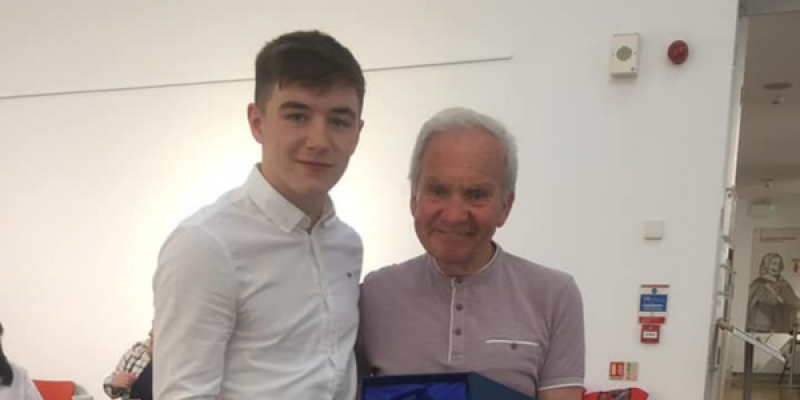 Nash and Gallagher will be the headline acts at the Villa Rose Hotel in Ballybofey.

The County Donegal Boxing Board will honour its award winners from the season just gone.

Among those to be honoured will be Letterkenny Boxing Club’s Paddy McShane, who took the Irish Elite flyweight title in October 2021.

A total of 32 awards will be presented on the night with Nash and Gallagher making the presentations.

Legendary Derry lightweight Nash held British and European titles after turning pro in the wake of the 1972 Olympic Games in Munich, where he boxed for Ireland.

Nash lost out to Jim Watt for the world lightweight title at the Kelvin Hall in Glasgow in March 1980. The Creggan man retired with a pro record of 25-5, 9KOs.

In the lead-up to the Games Gallagher, from the Two Castles Boxing Club in Newtownstewart, regularly sharpened his tools at Raphoe Boxing Club.

After an opening win over Zweli Dlamini of Swaziland in his opening bout, Gallagher went up against Birmingham native and English favourite Niall Farrell.

Saturday’s function gets underway at 8pm sharp with music on the night by Clonmany’s ‘Heavy Hitters’. Tickets are on sale from any member of the county’s 14 boxing clubs, at hotel reception or Peter O’Donnell at 087-7703116