Browne-McMonagle and Moore team up for success in Dundalk 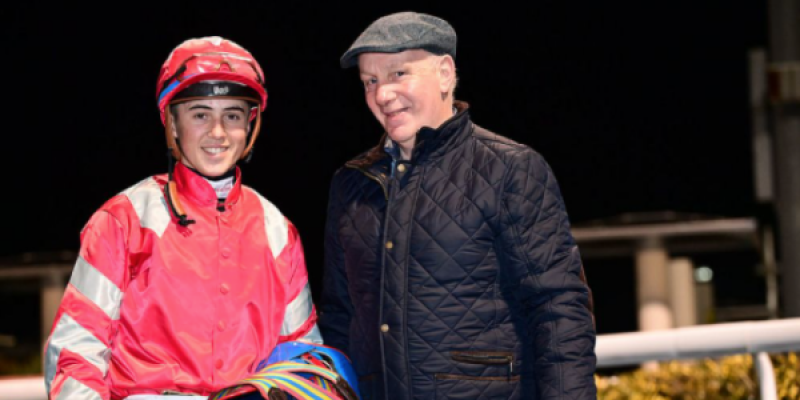 Jockey Dylan Browne-McMonagle bagged a 28/1 double at Dundalk on Friday, teaming up with Letterkenny trainer Charlie Moore for his second success of the evening.

Browne-McMonagle’s victories came a day after Luke McAteer earned a 22/1 winner at Naas.

The Buncrana woman wore the armband, but the Girls in Green lost out 3-0 at the Centro de Estágios do Luso

“She had a good run the last day in Roscommon over seven furlongs on soft ground,” Browne-McMonagle said.

“Back up to a mile today and back on a better surface, it worked out lovely. She travelled into the straight really well and when I went for her, she picked up well.”

The grey got held up, but Browne-McMonagle moved into second inside the final furlong and won by a length-and-a-half, edging out 4/1 favourite The Bog Bank in the closing stages.

“He's a great horse, he's consistent and runs his race all the time,” Moore said.

“He loves it here, he won here back in March. He ran a bad race the next day and we gave him a wee break and he's been in the prize money every time he's run since.

“He'll probably keep on the going but I don't like to run him too often, maybe every three or four weeks.”

Moore is based at Lurgybrack in Letterkenny, where he trains his horses and can also be seen most days at Ratmullan beach.

On Thursday, McAteer took Aurifodina to a win by a neck. The 22/1 mount held off Malbay Madness, the 7/2 favourite in the Gain The Advantage Series Nursery Handicap.