The Buncrana woman wore the armband, but the Girls in Green lost out 3-0 at the Centro de Estágios do Luso 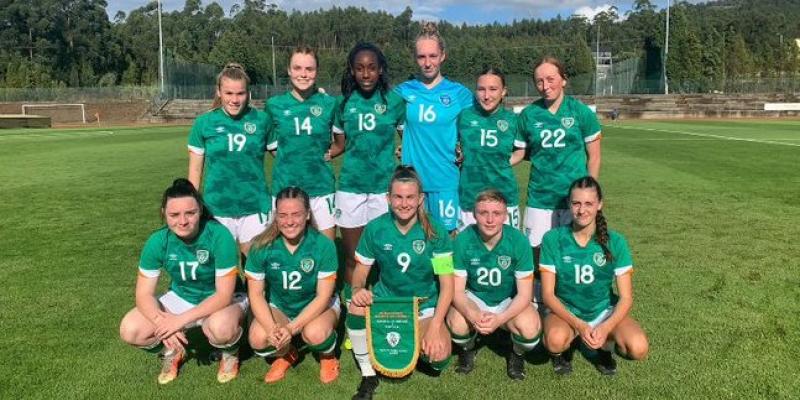 The Republic of Ireland Under-19s including Emma Doherty (9).

Emma Doherty captained the Republic of Ireland Under-19s on Thursday.

The Girls in Green lost out 3-0 at the Centro de Estágios do Luso in the second of two international friendlies.

Buncrana woman Doherty was the only player to start in both games. The Sligo Rovers forward was given the captain’s armband by Dave Connell.

Inés Simas,  Bárbara Afonso and Maria Ferreira netted the goals for the hosts.

Doherty has scored nine goals for the Bit O’Red having moved to the Showgrounds in January.

Doherty was included from the off on Tuesday by head coach Dave Connell.

These games were arranged to help with the preparations for the upcoming UEFA Women's Under-19 European Championship Qualifiers, which will see Ireland travel to Poland to take on the hosts as well as Northern Ireland and France.