Donegal man has sights set on Tour of Spain 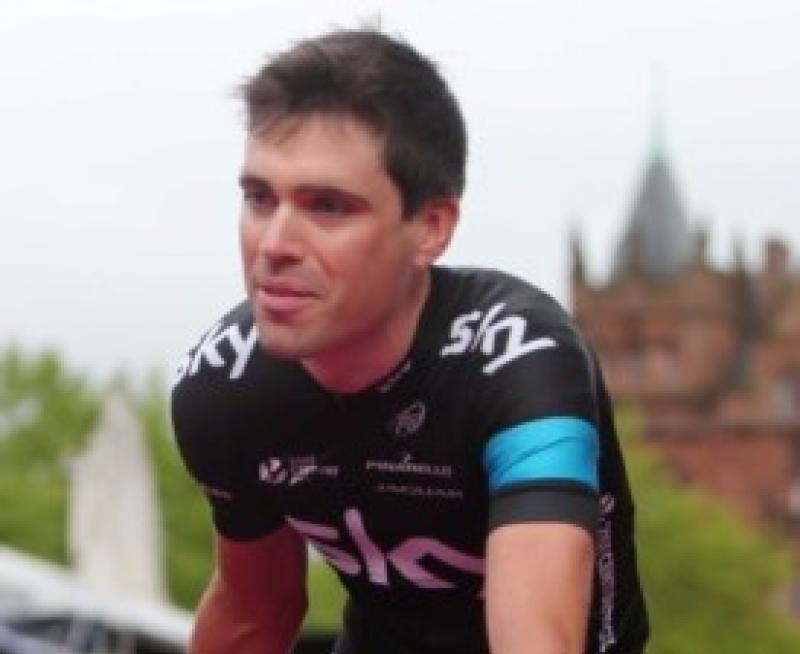 Donegal cyclist Philip Deignan and a member of the UCI Pro Team Sky has his sights set on competing in this season’s La Vuelta Tour of Spain.

The Letterkenny native is currently on a two week break from cycling. And he was on hand earlier today (Friday) to officially start this year’s Donegal Ultra Atlantic Way Challenge, in Letterkenny.

Speaking afterwards Philip said that he was happy with the way the season has gone so far for him.

He also said that was hoping to make the Sky Team for the Vuelta later in the summer.

"It has been a very busy year and a consistent year and this was something I was missing the last couple of seasons," said Philip.

He also said his team bosses were happy with the way season has gone so far for him.

"They (team bosses) are more interested in me supporting the team and the main riders as opposed to good individual performances. It has been a good season so far from that perspective" he added .

His good form, he insisted was down to staying fit and healthy and not crashing which wasn’t  the case over the couple of years.

"I have 63 race days done so far this year. I'm taking a week off the bike now and then back into it and  potentially  making the team for the Vuelta, to finish off the season.

The Sky Rider said that he was delighted to be asked to start the Donegal Ultra Atlantic Challenge.

Ane he stated that we was delighted to the way the event had grown in popularity.

"It is incredible to see and it something I never thought I would see when I started my cycling 15/ 20 years ago."

He also said that he was shocked every time he comes home to see  the numbers out on bikes in the  county.

The Tour of Spain is one of the big races on the cycling calendar and is run over 21 stages.