A special ceremony took place to honour their combined achievements 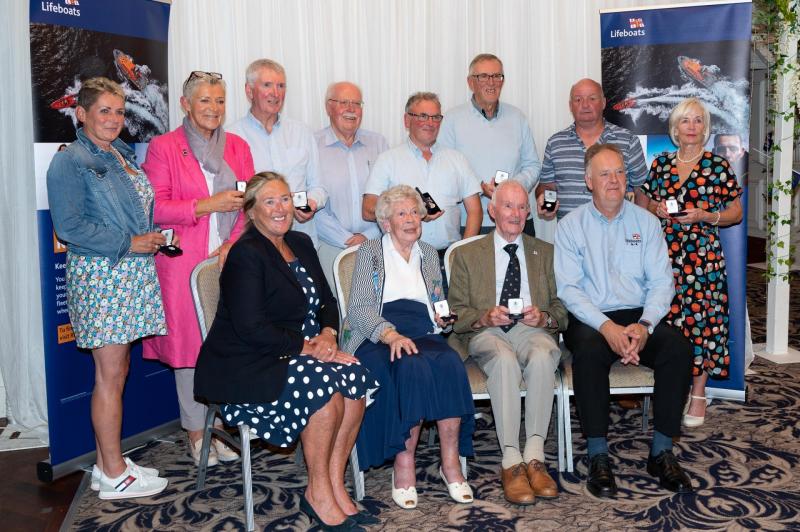 Fundraisers who received awards at an RNLI event in the Clanree Hotel to present long service awards to volunteer fundraisers. PHOTO Clive Wasson

A very unique occasion took place whereby 12 fundraising volunteers for the RNLI Lifeboats were conferred with 360 years’ worth of Long Service Awards. 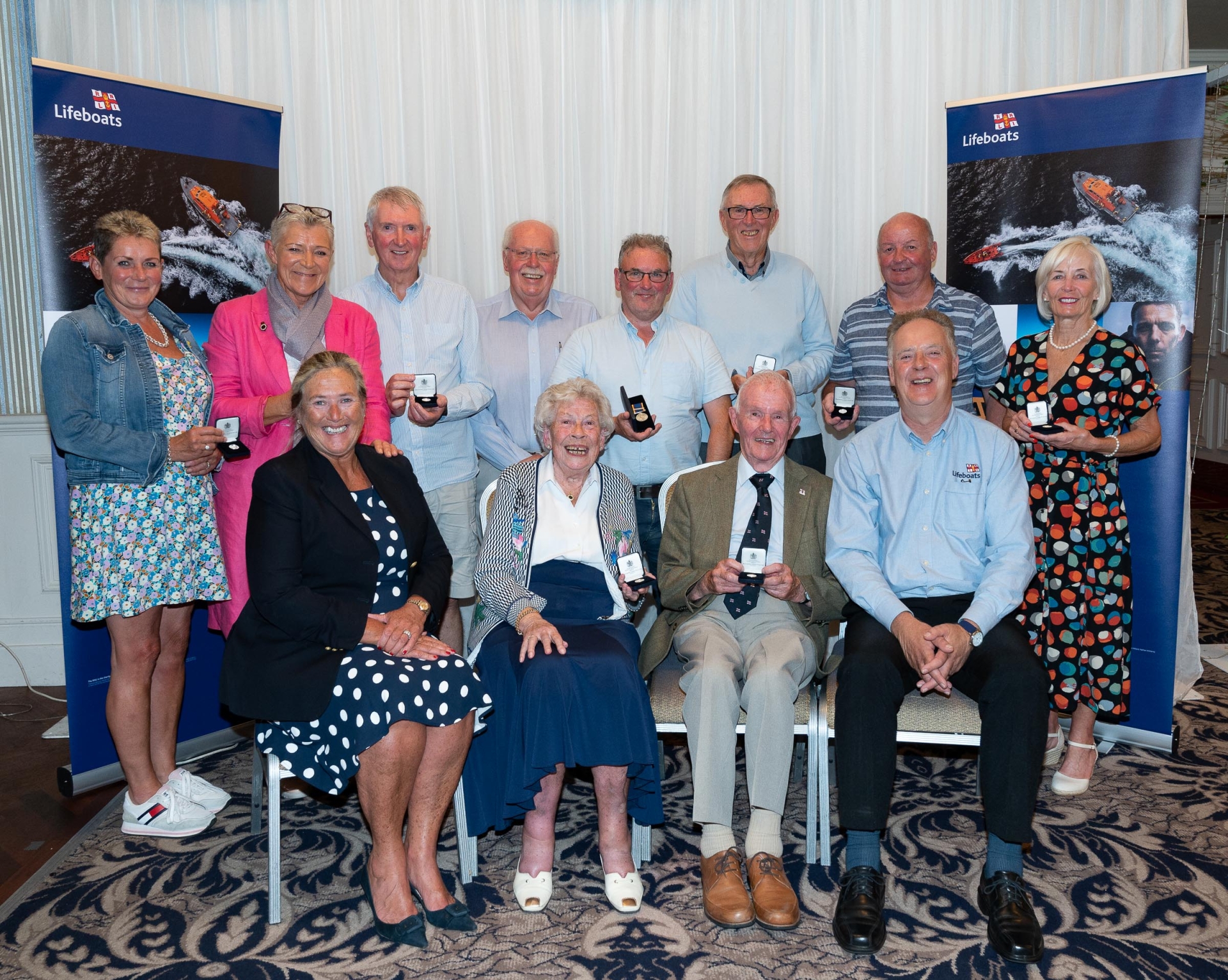 Due to covid restrictions and no face to face fundraising or indeed any other type of gathering had been permissible for a few years, a special gathering of invited guests and awardees was held in the Clanree Hotel, Letterkenny to honour the 12 fundraising stalwarts.

Anna Classon, Head of Region, Ireland travelled especially to Donegal to perform the honours, and personally congratulate the recipients.

Some of the founding members of the Downings /Carrigart Branch (79455), who are still in active positions included Chairman Pete McBride, Box Secretaries Heather McBride, Tommy Logue and Trish Boyce were each awarded 30 Year Medals, together with Derek Little Hon Treasurer and Moses Alcorn, Committee Member.

Hazel Russell, Hon Secretary and Committee Members Fiona McNutt and Peter McNutt were also awarded 20 Year Medals. Funds raised by that branch are estimated to be in excess of €400,000 down through the intervening years, which has helped considerably to keep the Fleet afloat.

Seamus McDaid from Lough Swilly was also awarded a 30 Year Service medal for his dedication as a crewman on active service with the Station. It’s just over 30 years since he himself was rescued by Lough Swilly RNLI after being involved in a life saving rescue from a stricken boat heading for the rocks near Dunree. After his ordeal, he promptly joined up and has been ‘paying back’ diligently ever since, as well as raising many thousands towards the funds at the same time.

However, Seamus is now stepping back from active crew service, but will be involved nevertheless going forward, as well as spending more time pursuing other interests, being a notable accordion player recently returned from performing at the All Ireland Fleadh Cheoil na hEireann in Mullingar.

Undoubtedly, the highest tribute of the evening, most certainly was to husband and wife team, Mervyn and Joan Brown from Bogay, Letterkenny, who between them have 90 years’ service fundraising for the lifeboats. Joan has 50 years of service and her husband, Mervyn 40 years of service. No matter where they lived in Ireland throughout their careers, they were actively involved in fundraising and indeed encouraged many others to join in their endeavours along the way.

Some of their most recent notable events working with other fundraising branches included a Night at the Dog Races, Art Sales, and Beat the Banker as well as organising their numerous Flag Days in Letterkenny.

During his commendation John McCarter remarked: “The RNLI has in its ethos four core values ‘Selfless, Dependable, Trustworthy, Courageous’ and I believe you will all agree with me that Mervyn and Joan have these values in spades.”

He also commented that the celebration of their 50th Wedding Anniversary was ‘helpful’ in Lough Swilly being awarded the Shannon Class, in 2014. The Donegal lifeboat station was the first in Ireland to receive the then new lifeboat, which was the most modern and technically advanced lifeboat in the RNLI Fleet, the first class of lifeboat to be propelled by water jets instead of traditional propellers, making it the most agile and manoeuvrable all weather lifeboat in the fleet, with a top speed of 25 knots and a range of 250 nautical miles.   She was developed to operate in the worst of sea conditions and is self-righting automatically turning the right side up in the event of a capsize.

Anna Classon, Head of Region, Ireland said she was ‘privileged to be back in her home county to participate in such a wonderful occasion, having worked with all of the recipients during her career.

She said she felt that each and every one of them was part of “the RNLI Family that we all hold dear to our hearts.”

Ms Classon said it was a pleasure to attend such a worthy celebration, and congratulated each and every one, for their dedication over the years, and in this case, 360 years.

She said they were often out in all weathers, spending many unsociable hours away from family and friends, raising hundreds of thousands of Euro for the Lifeboat funds.

“These medals are only a symbol of our appreciation but very much warranted,” said Ms Classon.

During the evening, she spent time with each recipient and was magnanimous in her praise of Joan and Mervyn, whom she has spent many pleasurable times with over the years.

The couple were very much moved by the events of the evening and Joan remarked that they were just doing their bit over the years, and the RNLI was really very much a part of their daily lives.  They enjoyed every minute of their involvement and had gotten to know so many people through their association. They hold each and every one of them very dear, especially their good friends who had helped out in many ways down through the years, particularly Kathleen Sammon who was a great support to them with the annual Flag Days.

Joan and Mervyn will now take an easier life away from fundraising, but will undoubtedly continue to keep an eye on the activities and daily lives of the crew at Lough Swilly Station.

John McCarter said: “If you take their combined service of 90 years, and the symbol of 90. years of marriage is granite, strong  and durable, which also describes Mr and Mrs Brown so well.

“We are privileged to have had their service for so long and look forward to having them as friends and lifeboat family members for much longer.”