USL make it two wins from two in Cork 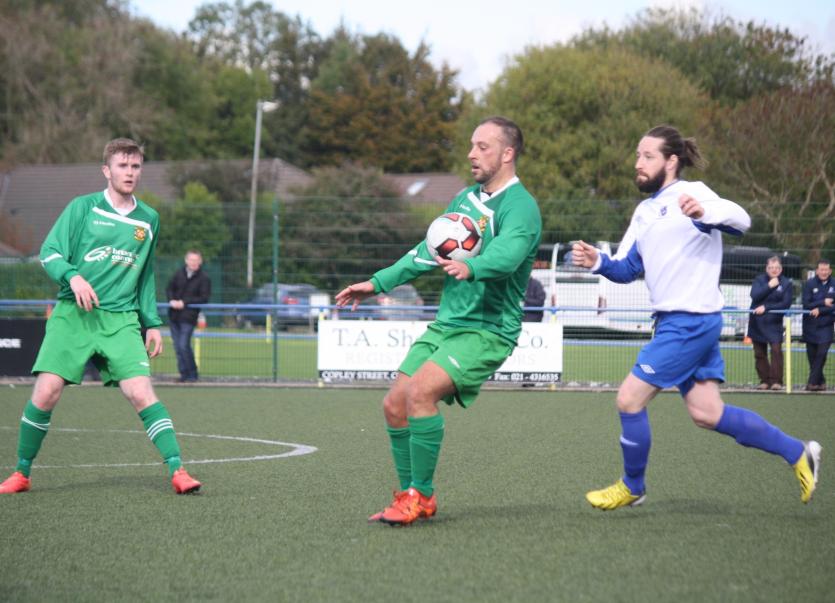 The Ulster Senior League are right in the mix to win the Michael Ward Trophy following a comfortable win over Connacht in Cork this afternoon.

Fanad United’s Davitt Walsh scored twice as Peter Moran’s team made it two wins from two.
The USL selection will face the hosts, Munster, in tomorrow morning’s clash and have given themselves a superb chance of adding to their Intermediate Interprovincial successes of 1998, 2013 and 2014.
Moran made seven changes to his starting XI with Walsh one of those included from the start. Sam Todd, Jack Blake, Laurence Toland, Ryan Varma, Chris Flanagan and Adrian Delap were the others elevated to the starting line-up.
Walsh had been unavailable last night as he was in Dublin, where he was presented with a Gold Medal for Marine Gallantry, honouring his heroism in the Buncrana Pier Tragedy when he saved the life of four-month-old baby Rionaghac-Ann.
The USL took the lead just after the half-hour mark as Walsh opened the scoring.
After a fine move down the left, Laurence Toland whipped a dangerous cross towards the front post and Walsh expertly turned home.
Midway through the second half, they doubled the lead.
Having surged forward from full-back, Bonagee United’s Gareth Breslin was taken down in the penalty area and the referee awarded a penalty.
Walsh stepped up and neatly tucked home to the goalkeeper’s right-hand side.